Vintage typewriter tins are a collectible form of advertising memorablia. These lithographed square or round tins were introduced around the late 18oos when a new technological innovation, at first called a “Type Writer,” used keys that struck paper through an inked ribbon. Like razors and blades, the typewriters lasted but ribbons had to be constantly replaced and tins were the natural way to sell then. The tins were discontinued in the ’60s in favour of boxes or plastic packets but their value as vintage gems remains strong. 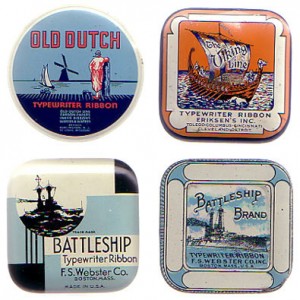 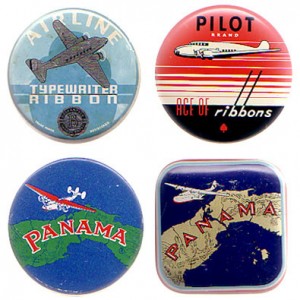 Airplanes were popular images on typewriter tins. These Panama tins depict the China Clipper, the legendary Martin M-130 4-engine “flying boats” built for Pan American Airways and used from the mid-’30s to mid-’40s. 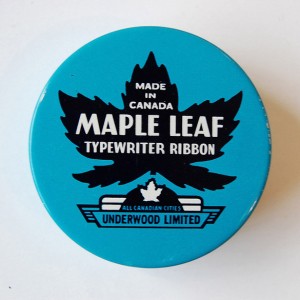 Being Canadian, I would certainly like to acquire one of these.

A rarity: a Remington rectangular typewriter ribbon tin from 1882. 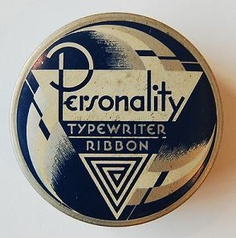 This beauty is from the collection of Janine Vangool, the publisher, editor & designer behind Uppercase, the Calgary-based graphic design & illustration studio, which produces Uppercase magazine.