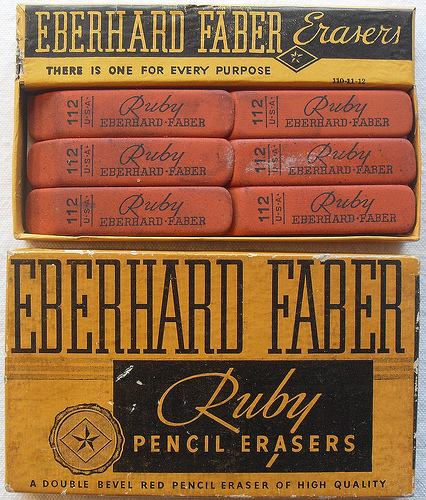 The need to correct mistakes existed before erasers as we know them. To remove marks from paper, the most effective tool was originally a tablet of wax. Want to remove ink from parchment or papyrus, try pieces of sandstone or pumice. In Japan, a technique was to cut the crust off bread, mosten the bread, and ball it up. (Apprently this soggy mess acted as an eraser.) In 1770, the philosopher and theologian Joseph Priestley (who also discovered oxygen), surprised himself when he realized that rubber (then commonly known as “gum elastic” or by its Indigenous name, “caoutchouc”) would wipe from paper the mark of a black lead pencil. But it was a British engineer, Edward Nairne, who is credited with marketing the first rubber eraser in Europe. (The name “rubber” itself came from the rubbing action that makes it erase marks from paper.)

Origin stories always evolve. The next progression came in the mid-1800s when an American, Charles Goodyear, invented a method of curing rubber (known as vulcanization) which made rubber more durable and helped pencil erasers (or “rubbers,” as they’re almost universally known in the UK) become a part of every household. The next development: rather than only having block erasers, a Philadelphia stationer named Hymen Lipman patented a method of attaching an eraser to the end of a pencil.

Want to take a brief journey into science? When we write with a pencil, particles of graphite adhere to particles in the fiber of paper. Modern erasers are usually made from petroleum-based synthetic rubber compounds. The particles in the polymer that are part of the eraser are stickier than the paper, so the graphite particles from the pencil stick to the eraser. Meanwhile, those pink erasers we see everywhere add abrasiveness to better erase pencil marks by using pulverized pumice, a.k.a., volcanic ash. 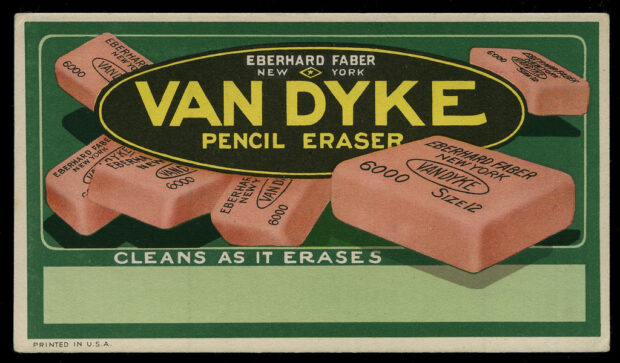 The most prominent brand of erasers has for more than a century been produced by Eberhard Faber Pencil Company, founded by John Eberhard Faber in 1861 in New York, at the foot of 42nd Street (yes, where the UN now stands). Eberhard Faber was acquired by the stationery company, Staedtler in 1978 and again by Faber-Castelli in 1994 before being bought yet again by Newell Brands and placed under that company’s PaperMate brand.

Trivia: Our pencil erasers were the inspiration for Mr. Eraser, the character in Super Mario who resembles a pencil eraser, with eyes on top and a blue-and-white striped outfit. His role: to erase. 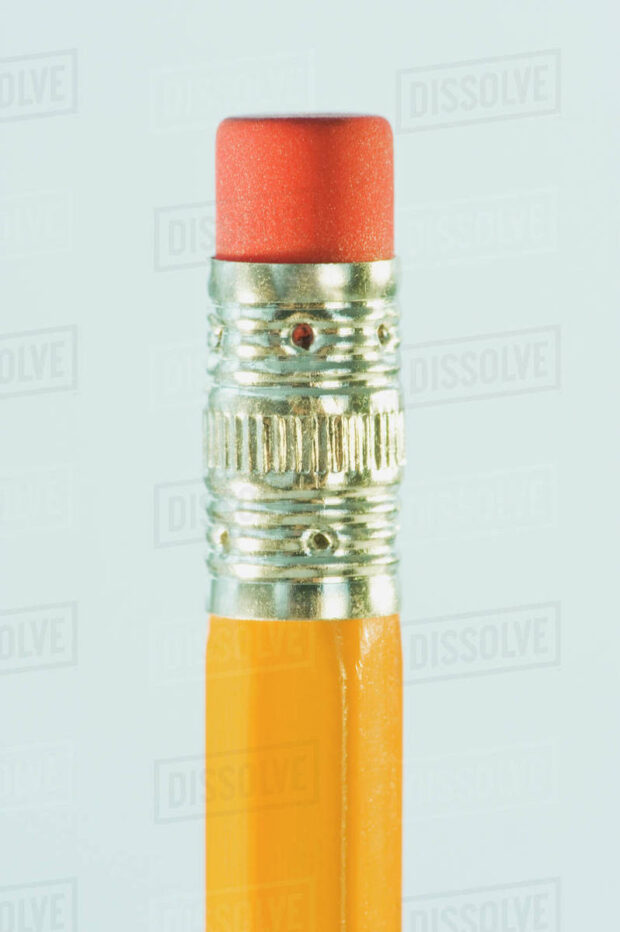