Hermes Utraportables: iPads of their Era 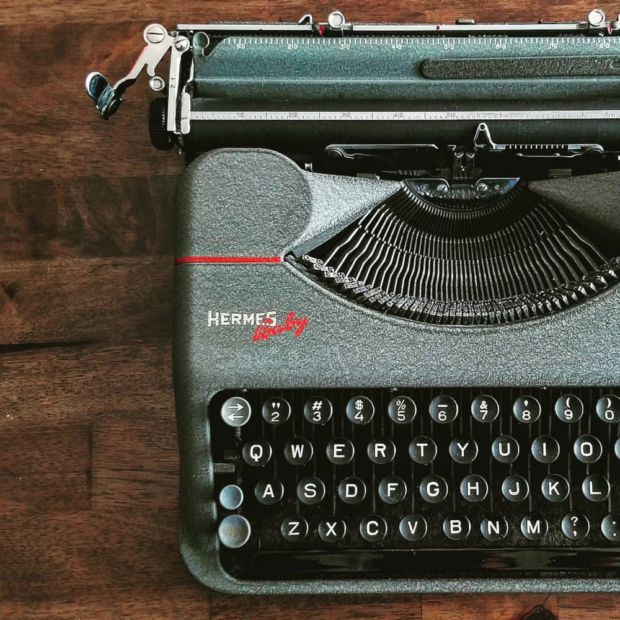 In the early 1920s, a Swiss watch and music box manufacturer, Paillard. decided that, given its expertise in mechanical items, it would get into the booming typewriter business. The company named its typewriter subsidiary Hermes, after the Greek messenger of the gods.

There were two basic kinds of typewriters: standard and portable. Standard machines were larger and heavier, commonly found in workplaces, and weighing in at 20-40 pounds. Portables were smaller, lighter and more transportable, often weighing around 8-12 pounds. When Hermes created its first portable machine in the early 1930s, the Featherweight, it had a low-profile and weighed less than 8 pounds. The subcompact car of its era.

In the mid-’30s, Hermes produced the legendarily light and slim Baby and, soon after, the Rocket (for all intents and purposes, the same as the Baby), which continued to be made until the ’70s, with only minor changes. 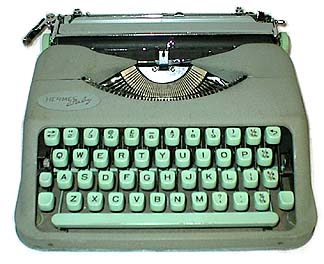 The classic Hermes Baby in the equally classic sea foam — sometimes known as mint — green. (According to Hermes literature, this color was “the most relaxing to the eye… least likely to interfere with the operator’s efficiency.”) I have a 1957 model on display in my living room under my glass-topped coffee table. By the ’50s, it was the iPad of its era, favoured by frequent travelers like foreign correspondents, diplomats, and businesspeople. 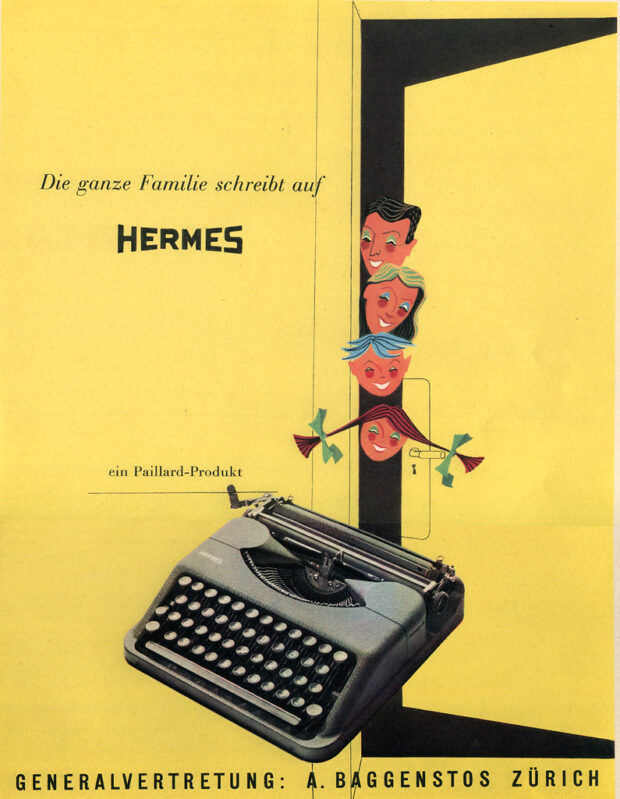