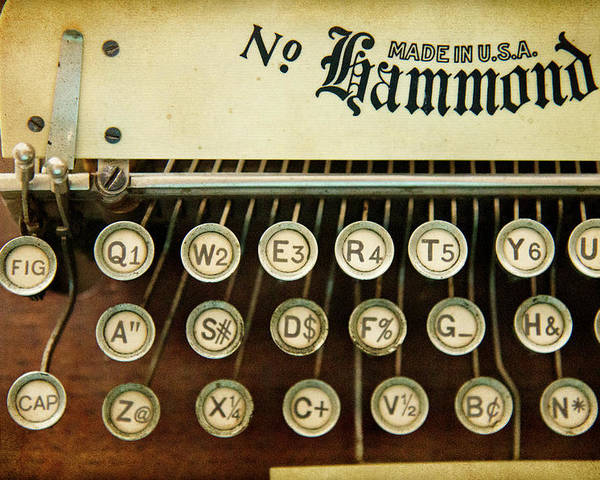 The first Hammond Typewriter was introduced in the 1880s. This is a Hammond 12, from 1905, with its three-row, double-shift QWERTY keyboard. (Previous Hammonds had a curved, two-row one.) There was quite a bit of shifting to be done if you wanted all those symbols and numbers that we find on the topmost, fourth row of keyboards today.

You could also see what you were typing as you typed, because a mechanism raised and lowered the ribbon with each keystroke. (Unlike many early models that were “blind.”) This feature was so successful typewriters using this mechanism were still being made into the 1970s. 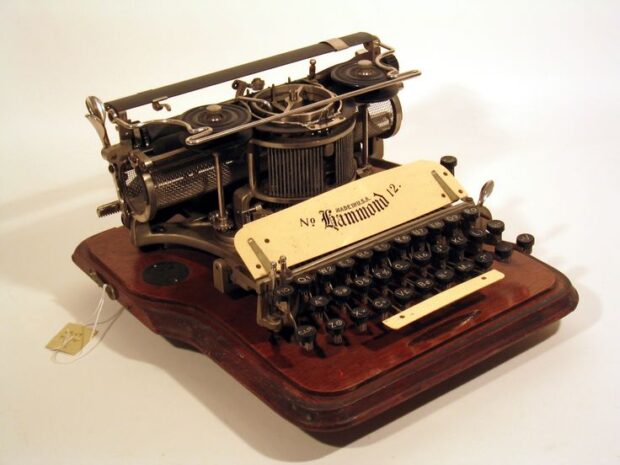