Kevin Sessums and the Celebrity Profile

Many of my friends don’t share my view that the so-often-maligned celebrity profile can be gloriously fun to read as well as well-researched and written. (Although granted there are so many poor examples that the skepticism is understandable.)  Some of you may have read Rex Reed’s 1967 profile of Ava Gardner? (It earned inclusion in Tom Wolfe’s The New Journalism anthology.) Or the celebrity profiles by Gay Talese included in his anthology Fame and Obscurity? (Not just the celebrated “Frank Sinatra Has a Cold,” but many other pieces in that collection of 1960s feature writing.) Richard Ben Kramer on baseball star Ted Williams in a 1986 issue of Esquire. Today I always pay attention to stories written by writers such as Tad Friend (David Lynch in The New Yorker and many more); Tom Junod (his moving portrait of children’s entertainer Fred Rogers, among many others); Vanessa Grigoriadis (her Rolling Stone profile of Justin Bieber may be the only thing written about that guy that’s worth reading); and The New Yorker’s Ian Parker (on actor Alec Baldwin and director Noah Baumbach, for example). 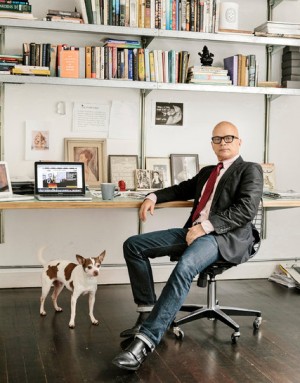 I remember reading Kevin Sessums in Vanity Fair in the ’90s. He was a fine writer, a Southerner, I learned; he reminded me of a more rococo Truman Capote. He used his own over-sized personality to reveal the personalities of his subjects, which included memorable pieces on Tom Cruise, Roseanne Barr, Heath Ledger and Cher. Early on I thought it safe to assume he was gay (Courtney Love, for example, let him sit on the toilet seat while she had a bath; I was pretty sure Love wouldn’t let a straight male journalist do that). Sample passage from the Love profile:

She kept me waiting for hours. Hours! She was upstairs at her house—that’s when they used to let you come to their houses—and I was downstairs looking around the living room. There was a little Buddhist altar with a little box on it. I opened it up and there was coarse, thread-like stuff in it.
I was like, What the fuck is this?
I started sniffing it and all of a sudden I heard, “What the fuck are you doing?”
I looked around and it was Courtney.
I said, “Well, what is this?”
“Those are Kurt’s pubes,” she said, “Will you please put them back.”

Eventually, the economy fractured the financial stability of magazine publishing and everything from reality TV to social media to selfies changed the nature of celebrity journalism. By then, Sessum’s gonzo approach was no longer in style. He sank into drug addiction and, in 2007, published Mississippi Sissy, a memoir about growing up effeminate in the deep South, being abused as a young man, drugs, etc. Most recently, he has returned as editor-in-chief of a San Francisco print magazine, FourTwoNine (the word “gay” on a cellphone keypad). Launched ten months ago, it covers LGBT  trendsetters who work in entertainment, media, politics and the tech sector. It’s a new kind of glossy, celebrity magazine which seems created with the post-rehab Sessums in mind.