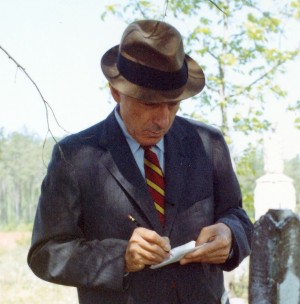 The brilliant, modest, conflicted, ultimately tragic Joseph Mitchell is the subject of Thomas Kunkel’s new biography, Man in Profile: Joseph Mitchell of The New Yorker (Random House). Among the greatest literary journalists, he chronicled Manhattan’s margins — bums, barflies, con men, carnival characters, rogues and ruffians — and his sentences often read more like Faulkner than the prose of the average magazine writer of the day. He once said:  “One thing you have to do, if you’re going to write this sort of thing, is realize that people have buried their pain and have transformed experience enough to allow them to endure it and bear it. If you stay with them long enough, you let them reveal the past to themselves, thereby revealing it to you.”

He was casual with conventions (composite characters; great swathes of quotation that only history’s greatest orators could have spoken), but in an era when such things were overlooked, if not condoned, especially when practiced by great writers A Stephen Glass or Jayson Blair he was not. In the end, he sat in his office at The New Yorker unable to write. It hurts to imagine how deeply he buried that pain.

Back in 1992, when Up In the Old Hotel, a comprehensive anthology of Mitchell’s work, was published, I reviewed it in The Globe and Mail. Before reading the biography, be sure to read this collection.