Everyone knows Springsteen wrote about the American obsession with cars, the freedom of the road (young person leaves town for the greater world beyond his own) and, more specifically, the drag racing/muscle car culture of Asbury Park, NJ in the late ’60s & ’70s. (Born to Run; Thunder Road; Backstreets, Cadillac Ranch, State Trooper...) In a 2010 Rolling Stone interview, he said: “If you went to the Stone Pony, it was a constant circle of souped-up muscle cars on Saturday and Sunday… I sort of stood outside of it, I was hitchhiking, I didn’t have a car. But I wanted one real bad.”

Measured against serious car fanatics, though, he wasn’t a gearhead himself. (He poured all his energies into music, not rebuilding engines.) To write songs like Racing in the Street, with its famous opening lines — “I got a ’69 Chevy with a 396/fuelie heads and a Hurst on the floor…” — he did what any journalist would do. He talked to gearheads to make sure his references were authentic.  I liked him all the more when I learned that. (“Fuelie heads” referred to powerful fuel-injected Rochester cylinder heads on Corvettes and Chevy Bel Airs in the early ’60s and a “Hurst”  was an after-market 4-speed gearshift. Both favoured by drag racers at the time.)

We can all get stuff wrong, though, and Springsteen was no exception. In 2005, writer Paul Clemens wrote in The New York Times Magazine about driving through his hometown of Detroit with his dad, a car nut and weekend drag racer. They’re listening to Springsteen and Racing in the Streets comes on. “‘He gets that first part wrong,’ my father said. ‘There was no such thing as fuelie heads on a big block, which is what the 396 was — a big block. Now with the small-block Chevy engine, the 327, you could’ve had fuel-injected cylinder heads. But with the big block, no.'” Later in the essay, Clemens quotes his dad continuing his analysis: “‘Sure, you could have a Hurst gearshift with either the big block or the small block,’ he said. ‘That’s an after-market thing. The Chevy wouldn’t have come with a Hurst, but the Hurst was compatible. Now, starting in ’70, the big block, even though they called it a 396, was actually a 402. . . .’ ”

All nonfiction writers have had the experience of discovering, after an article was published, that they overlooked an excellent source, someone who would have added additional detail and authority, made their story better or, more importantly, corrected a mistake. Clemens’ dad is clearly the gearhead to whom Springsteen should have consulted.

Of course, we’d all like to wash these sins off our hands. 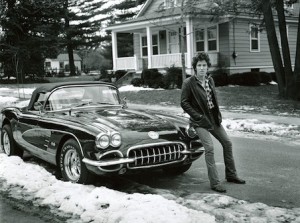 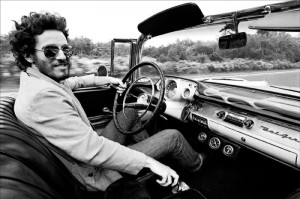