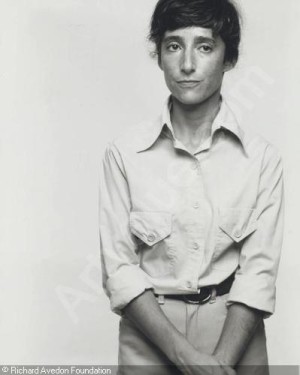 “…On a recent Saturday night, a small band of Dickensian characters—two tall, pale women with thin, reddish hair; one short, stout, bustling brunette; and four men, rather unsteady on their feet—set up a portable loud-speaker system on the sidewalk and began to preach. Several boys and girls who had been sitting quietly on two of the benches that line the Strip at bus stops, and several others, who had been leaning against the white picket fence that surrounds a small pink-and-yellow café called Pandora’s Box—closed, like several other rock-’n’-roll and cherry-Coke establishments, by the police, on account of some recent disturbances—gathered around to watch. One of them wore a kind of harlequin cap with many floppy, green earlike appendages, from each of which there hung a silver bell. Another wore blue jeans, a suede jacket, an undershirt, a mauve tie, and a top hat. Two wore gray Confederate jackets. Several wore wooly vests over shirts with leather laces at the collar—open to reveal striped turtleneck jerseys underneath. Nearly all wore slacks cut quite low at the hips, and one wore a lumberjacket. Although the night was quite cold, three were barefoot, and one had on apparently homemade red-and-black slippers turned up at the toes. The rest wore boots. All of them stood in a loose but attentive cluster a bit to one side of the preaching band.”

This passage is from “Fly Trans-Love Airways,” a feature in a February 1967 issue of The New Yorker, part of that magazine’s earnest effort to understand the hippie social movement in America. Where The Saturday Evening Post had Joan Didion, The New Yorker had Renata Adler. Now a comprehensive collection of her journalism has been published, After the Tall Timber: Collected Nonfiction, representing probably more than most need of Adler, but containing delicious moments, like her famous put-down of one of Pauline Kael’s anthologies of film reviews: “piece by piece, line by line, and without interruption, worthless.” I’d forgotten her breadth; she covered the civil rights movement, wars (Vietnam, Biafra, the Six-Day War), the Nixon impeachment… So why doesn’t she share a spot in my consciousness equal to Didion? Maybe James Parker captured it in a recent review of After the Tall Timber in The Atlantic: “Her reputation, in mid-2015, feels floaty and diffracted—quite Internet, really, in that it doesn’t completely scan, and it has an undertow.”

I knew her name but don’t remember reading her much in The New Journalism era, although I devoured contemporaries like Didion, Gay Talese, Tom Wolfe, Barbara Goldsmith, etc.  In fact, I first really became aware of her writing when I read Gone: The Last Days of The New Yorker, around 2000. Acerbically documenting everything she felt was wrong with The New Yorker during the Tina Brown years, it revealed Adler as a product of the older New Yorker style of gimlet-eyed detachment, a sense that it was decorum, not the centre, that wasn’t holding.