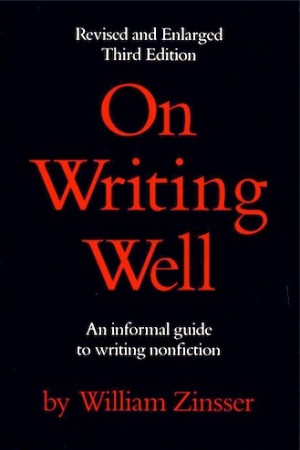 “There’s not much to be said about the period except that most writers don’t reach it soon enough.”

Sentences like that make William Zinsser’s On Writing Well, first published in 1976, among the most influential books on writing. Or how about these two: “Clutter is the disease of American writing. We are a society strangling in unnecessary words, circular constructions, pompous frills and meaningless jargon.” No one who treats On Writing Well as a Bible can read those two lines and not experience anxiety as they continue typing.

Zinsser, who died on May 12th at 92, worked at the legendary New York Herald Tribune as a feature writer and film critic. He taught nonfiction writing at Yale University and Columbia University’s Graduate School of Journalism and was a senior editor at the Book-of-the-Month Club.  He wrote 18 books on various subjects, among them a wonderful collection of essays with memoirists called Inventing the Truth: The Art and Craft of Memoir. He was also a part-time jazz pianist whose interest in music led to writing liner notes for CDs, program notes for Lincoln Center and his books, Easy to Remember: The Great American Songwriters and Their Songs and Mitchell & Ruff: An American Profile in Jazz.

Zinsser studied with Dwike Mitchell, a jazz pianist best known for the duo he formed with the bassist and French horn player Willie Ruff. For his book on the duo, Zinsser accompanied the musicians on tours to China, Italy, New York and around the American South tracing the men’s formative years. Like Zinsser, Mitchell and Ruff made teaching a significant part of their lives. (Incredibly, Ruff spoke seven languages and learned an eighth, Mandarin, so he could explain jazz to Chinese music students.) I learned about the book shortly after first reading On Writing Well in the late ’80s and, as a part-time musician myself as well as a writer, I’m interested in any well-written book on music. (My copy from that era is called Willie and Dwike: An American Profile.) 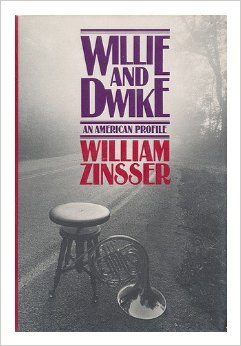 Not surprisingly, Zinsser’s writing is clear and spare. “Dwike Mitchell is a pianist of unusual elegance, his harmonies rich, his touch deeply personal. To Mitchell, emotion is everything. When he plays a Harold Arlen song he isn’t playing a Harold Arlen song; he’s playing how he feels about Arlen’s song at that moment; I’ve never heard him play a song the same way twice…” As jazz critic Albert Murray wrote in his foreword:  “Mitchell & Ruff is the literary equivalent of a jazz piece. It’s composed, it has themes and it develops those themes. Zinsser’s prose tries to get as close as possible to the rhythms these two men use in their music.”

In On Writing Well, Zinsser talks about a writer’s true strength. “Ultimately, the product any writer has to sell is not the subject being written about, but who he or she is. I often find myself reading with interest about a topic I never thought would interest me — some scientific quest, perhaps. What holds me is the enthusiasm of the writer for his field.” He could be talking about himself.