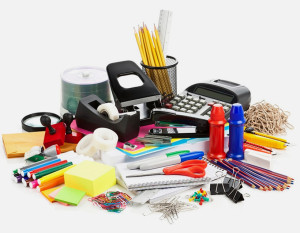 James Ward is the creator of the blog “I Like Boring Things” (http://iamjamesward.com/) and founder of  the annual Boring Conference, which celebrates the “ordinary, the obvious and the overlooked” (One guest speaker talked about the sound that vending machines make; another expounded on sneezing.) He’s also the author of a new book called Adventures in Stationery: A Journey Through Your Pencil Case.

Ward knew few people who shared his passion until social media connected him to like-minded souls, leading to the formation of a Stationery Club, a kind of book club for lovers of office supplies. (He admits that some members merely dabble. He once asked how many staplers everyone owned and, he says, too many replies were in single figures).

In the British newspaper, The Independent, Ward quoted the late French writer and filmmaker, Georges Perec, from his 1973 essay on the “infra-ordinary,” which Perec defined as the opposite of extraordinary: “How should we take account of, question, describe what happens every day and recurs every day?”  Perec’s point was that we don’t think about the habitual parts of our lives. “But that’s just it, we’re habituated to it. We don’t question it, it doesn’t question us, it doesn’t seem to pose a problem, we live it without thinking, as if it carried within it neither question nor answers, as if it weren’t the bearer of any information.”

Here’s a review of Ward’s book in The Guardian: 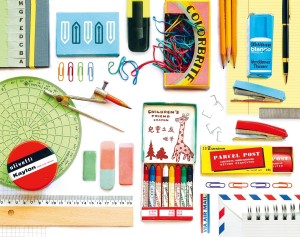