Between the Lines: Longform’s Podcast

I’m a lover of podcasts, and my favorite is Longform. Hosted by Aaron Lammer and Max Linsky (co-founders of Longform Media) and Evan Ratliff (CEO of media and software company Atavist), it features hour-long interviews with longform writers (and occasionally editors or designers) and is a compelling behind-the-scenes look into the nuts and bolts of journalism. Here are short excerpts from a few of the best podcasts (although all of them are great in different ways): 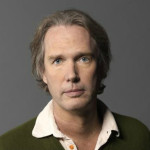 John Seabrook, a New Yorker staff writer, is most recently author of The Song Machine: Inside the Hit Factory.
“Whether or not the piece succeeds or fails is not going to depend on whether I’m up to the minute on the latest social media spot to hang out or the latest slang words that are thrown around. It’s going to be the old eternal verities of structural integrity. So much of it is narrative and figuring out the tricks—and they are tricks, really—that make it go as a narrative. And that’s really the most interesting thing. Because you never ultimately have a formula that goes from piece to piece; it’s always going to have to be rediscovered every time you work on a long piece. And that’s kind of fun.” 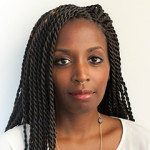 Nigerian-American foreign correspondent Alexis Okeowo  has written for The New Yorker, The New York Times Magazine and Businessweek.
“Nigeria is a deeply sexist country. It can be difficult for people to take you seriously. But that also has its benefits, because it’s very easy to disarm your subjects. If I’m interviewing people who underestimate me, I can get them to open up because they somehow think that I’m naïve or I don’t know what I’m doing. So I don’t mind if some sexist general or banker thinks I’m this young little student who doesn’t know what she’s talking about. As long as you tell me what I want to know, it’s great.”

Rukmini Callimachi covers ISIS for The New York Times.
“Ever since I started in journalism, I feel like I’m perpetually winded.  Like I’m just running as hard as I can to stay ahead of this train that’s crashing.  The caboose is falling off the back and I’m trying to run faster than the train to get to this very limited pool of amazing jobs…
Once I got overseas I would say a prayer every night for the amazing life I was finally able to lead.” 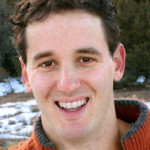 Jake Halpern has written for The New Yorker and The New York Times Magazine and is a contributor to This American Life. His latest book is Bad Paper: Chasing Debt from Wall Street to the Underworld.
“I test out my stories on my kids. You should be able to tell any story, now matter how complicated, to a seven-year-old in a way that they understand. If you can’t, that probably means that either a) you’re telling the story wrong or b) it’s not really a story.”

Susan Orlean is a staff writer at The New Yorker.
“There’s always the fear, which comes with having done it for a long time, that you’re repeating yourself. That’s actually a genuine concern—you worry that you’re becoming an imitiation of yourself … The funny thing is that you spend the first half of your career wanting desperately to have a voice that’s distinctive and recognizable, then you go to the other side of that and think oh my god, all my stories sound the same.“ 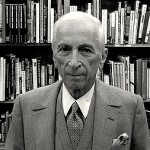 Gay Talese is one of the preeminent literary journalists in the world. He’s a contributor to The New Yorker and the author of several books.
“I want to know how people did what they did. And I want to know how that compares with how I did what I did. That’s my whole life. It’s not really a life. It’s a life of inquiry. It’s a life of getting off your ass, knocking on a door, walking a few steps or a great distance to pursue a story. That’s all it is: a life of boundless curiosity in which you indulge yourself and never miss an opportunity to talk to someone at length.” 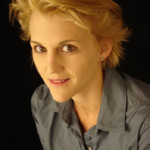 Meghan Daum has written for The New Yorker, The New York Times Magazine, The Atlantic, Vogue, GQ, Harper’s and others. Her latest book of essays is The Unspeakable.
“As writers we think, well there has to be closure, there has to be a beginning middle end, the character has to go through a change. And then in life we’re supposed to have some sort of arc or aha moment, as if the experience isn’t legitimate unless we get something out of it. “That’s so culturally constructed, as they say. It’s so artificial.” 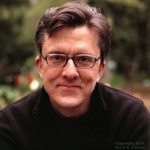 Kurt Andersen on co-founding Spy magazine:
“As a young person, I never thought of myself as a risk-taker. Then I did this risky thing that shouldn’t have succeeded, I started this magazine. And it did encourage me to think, ‘Eh, how bad can it be if it fails?

“Sometimes these long shots work. So fuck it, try it.’”