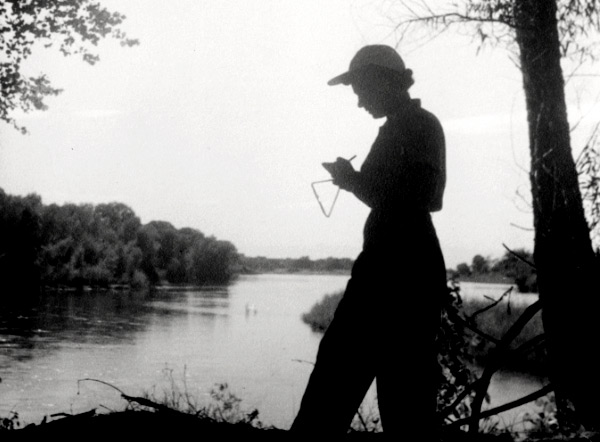 Lillian Ross on the set of The Red Badge of Courage, 1950

In May 1950, Lillian Ross, a 23-year-old New Yorker staff writer, became the talk of the town when the magazine published her sharply observed profile of Ernest Hemingway. Both praise and controversy followed. Written in an intimate, literary style, it was a warts-and-all portrait of a man who was, at the time, one of the sacred icons of American fiction. Then, early in 1953, she produced an account of screenwriter and director John Huston making a much-anticipated movie based on Stephen Crane’s Civil War novel, The Red Badge of Courage. The movie flopped but Ross’ long article, published as a five-part serial in The New Yorker and later that year as a book called Picture, read like fiction. Newsweek called Picture “the best book on Hollywood ever published.” Thirteen years before Truman Capote’s In Cold Blood was heralded as a “nonfiction novel,” Ross had already written one.

When a collection called Reporting was published in 1964, Time magazine described her technique as “that of the sound camera, neutrally and exhaustively recording the scene. In any Ross article, the author does her best to become totally invisible, the reader takes her place as observer.” Reporting Always is the newest collection, published last year. It includes everything that was in Reporting and more. In her introduction, Ross notes that she grew up going to the movies, sometimes several times in a week. “So it felt natural to me to start writing stories entirely in little scenes. I enjoyed showing everything using dialogue and action, with no authorial intrusions and no presumptions about what was going on inside the subject’s head.” 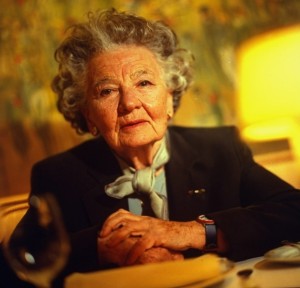 Take this scene from her book on the making of The Red Badge of Courage. She is in the  office of Louis B. Mayer, the boss of M-G-M, along with Arthur Freed, a producer of musicals for the studio. She noted that Mayer’s office was half the size of the lounge of the Radio City Music Hall. “The big desk hid most of Mayer, but I could see his powerful shoulders decked in navy blue and a gay, polka-dot bow tie that almost touched his chin. His large head seemed set upon the shoulders without an intervening neck. His hair is thick and snow white, his face is ruddy and his eyes, behind glasses with amber-colored frames, stared with a sort of fierce blankness at Freed, who was showing him a report on the box office receipts of his latest musical…”

“‘They make an Andy Hardy picture.’ He turned his powerful shoulders toward me. ‘Andy’s mother is dying, and they make the picture showing Andy standing outside the door. Standing. I told them, don’t you know that an American boy like that will get down on his hands and knees and pray? They listened. They brought Mickey Rooney down on his hands and knees.’ Mayer leaped from his chair and crouched on the peach-colored carpet and showed how Andy Hardy had prayed. ‘The biggest thing in the picture!’ He got up and returned to his chair. ‘Not good enough,’ he said, whining coyly. ‘Don’t show the good, wholesome, American mother in the home. Kind. Sweet. Sacrifices. Love.’ Mayer paused and by his expression demonstrated, in turn, maternal kindness, sweetness, sacrifice and love, and then glared at Freed and me. ‘No,’ he cried. ‘Knock the mother on the jaw!’ He gave himself an uppercut to the chin. ‘Throw the little old lady down the stairs!’ He threw himself in the direction of the American flag [behind his desk]. ‘Throw the mother’s good, homemade chicken soup in the mother’s face!’ He threw an imaginary plate of soup in Freed’s face. ‘Step on the mother! Kick her! That is art, they say. Art!’ He raised and lowered his white eyebrows, wiggled his shoulders like a hula dancer and moved his hands in a mysterious pattern in the air.”

Beautiful. By the ’60s though, when nonfiction writing became hot, Ross never developed the kind of oversized persona associated with other literary journalists like Tom Wolfe or Hunter S. Thompson. For one thing, she was a woman in an era still characterized by much sexism. For another, she didn’t choose to cultivate a persona in the way one of the few high-profile women of the era, Joan Didion, did. And unlike Wolfe, Thompson, Didion and others, she didn’t place herself prominently within her journalism. Hers was a more subtle arrangement of descriptive details, action and dialogue. She was an invisible observer.