The Dead Beat: A Documentary on Obituary Writers 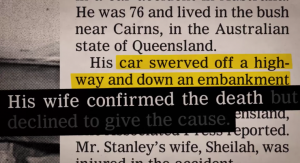 Obituary writers at work. At the very least, they have to make sure the person is actually dead

When you think about it, this wouldn’t be the easiest doc to pitch to funders. It focuses on a bunch of middle-aged writers (all men except for Fox) who sift through clippings, interview next-of-kin over the phone and type. It’s not exactly “The Hunger Games-meets-The Avengers: Age of Ultron.”

Still, it’s a richly quirky peek behind the scenes of a corner of the mighty New York Times newsroom where, as obit writer Paul Vitello says, he must use as few words as possible to say as much as possible about a person’s life. Sometimes next-of-kin and friends are pleased the Times is calling; other times they’re irritated at being disturbed during a time of grief. Obit writer William Grimes recalls one person instructing him “to curl my fist into a tight ball and knock all my own teeth out.” 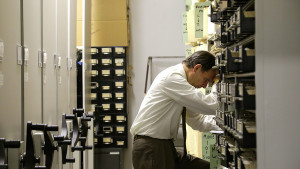 One of the highlights of the doc is seeing the massive “morgue,” where old clippings and photos, some from the turn of the 20th century, are kept in a subterranean facility filled with thousands of filing cabinets. The overseer is a profoundly eccentric man named Jeff Roth whose tour of the place is among the best footage.

Obit writers talk about “unfortunate” deaths, which are those that occur late in the day with a deadline looming or on the weekend. “Advances” are obits that have been partially written, prepared ahead of time because a noted figure is either ill or elderly or both. But no one can foresee premature deaths, like David Bowie, Robin Williams, David Foster Wallace or Prince. 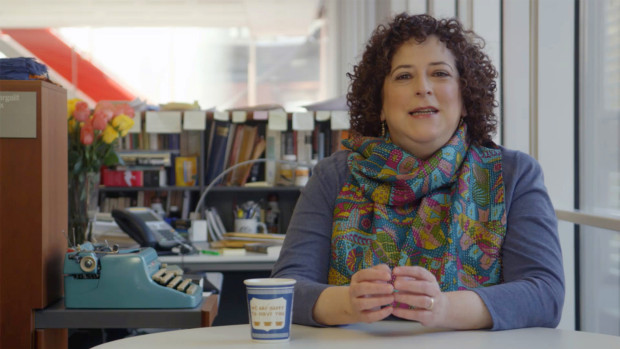 On Jezebel’s culture site, The Muse, Margalit Fox points out that the Internet changed everything when news became available instantaneously and the response time was expected to be not far behind. “That’s how we often first learn of a death…,” says Fox. “We are then obliged, as we discuss in the film, to confirm it independently so we don’t kill off someone who’s not dead.”