Olivetti Valentine: The Macintosh of the ’60s 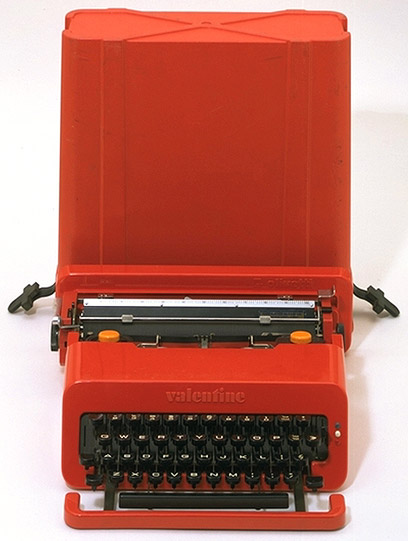 In 1969, the great industrial designer Ettore Sottsass’ Valentine typewriter, for the Italian company, Olivetti, was on the market, intended to be what Sottsass called an “anti-machine machine,” and an “unpretentious toy.” It was a revelation: free of the conventional cast-iron casings common to all typewriters at the time, it was made of a light plastic, suited to being used anywhere, not just in an office. Sottsass said: “When I was young, all we ever heard about was functionalism, functionalism, functionalism. It’s not enough. Design should also be sensual and exciting.” On another occasion he said, more poetically, that the Valentine was “invented to be used anywhere except in an office, not to arouse the memory of the monotonous hours of work but, rather, to keep company with amateur poets on a quiet Sunday in the countryside or provide a very colourful object on the table in a studio.”

Small wonder that today it’s considered a classic, one of only two typewriters included in the collection of New York’s Museum of Modern Art. Beautifully proportioned and sold in a red plastic carrying case, the iconic colour is red although it was made in white, blue and green as well. It’s easy to see why people compare it to the iMacs of the late ’90s, those sleek, egg-shaped computers in their colourful, translucent plastic casings.

But in the late ’60s, Sottsass and Olivetti did not share the same view of the Valentine. To Sottsass, it was meant to be cheap & disposable, like the Bic Biro, the now-ubiquitous ballpoint pen first manufactured in the mid-1950s with a transparent, hexagonal barrel made from polysterene. So, to compete against the inexpensive Japanese typewriters on the market, for example, Sottsass proposed the Valentine should have only capital letters (in today’s social media terms, it would ALWAYS BE SHOUTING). Olivetti didn’t think a “disposable typewriter” made sense (let alone one without lowercase letters) and Sottsass distanced himself from the project. (It was completed by two designers also doing work for Olivetti: the Canadian Albert Leclerc and the Englishman Perry A. King.)

The Valentine was sexy and modern and it came with an equally sexy advertising campaign, but it never became a mass market success. Its price was too high but more importantly electric typewriters, like IBM’s Selectric, introduced in 1961, were replacing manual ones and as early as the late ’70s electronic typewriters, only a step away from home computers, were available.

An eminent designer and architect known for furniture, lighting, jewellery, sculptures and other objects, as well as designing museums and similar buildings, Sottsass was annoyed that he was remembered mainly for the Valentine. He once said, “I worked 60 years of my life and it seems the only thing I did was this fucking red machine.” In 2006, a year before his death, he told a reporter the machine was “too obvious, a bit like a girl wearing a very short skirt and too much make-up.” (He preferred his other great typewriter, the Olivetti Praxis 48.) 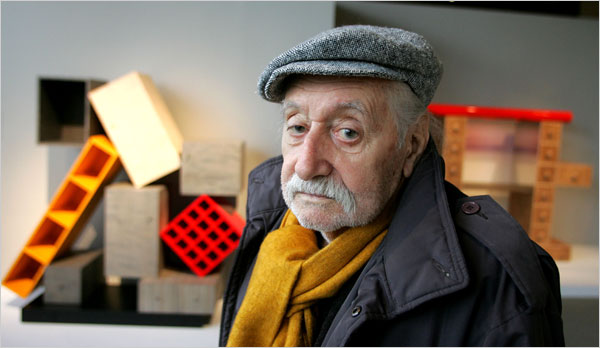 Ettore Sottsass in 2006, a year before his death 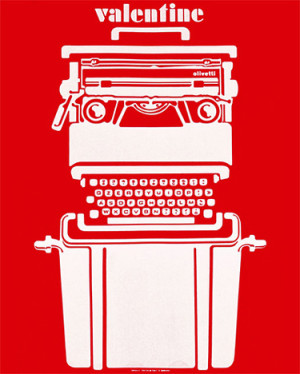 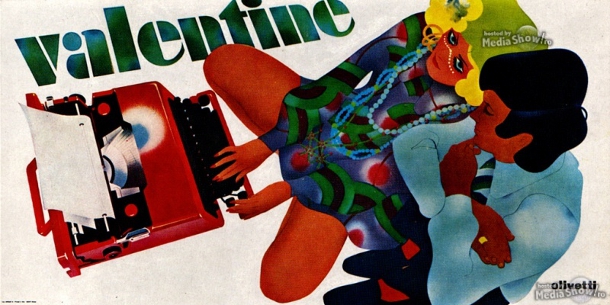