Has Gay Talese been conned by an unreliable narrator or has he simply lost his ‘new journalism’ powers? 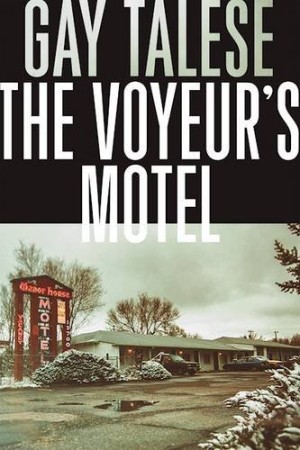 If you were a high-profile journalist, how would you react if you received an unsigned letter from a motel owner who admits spying on his guests? Especially one who writes, “I have witnessed, observed and studied the best first-hand, unrehearsed, non-laboratory sex between couples, and most other conceivable sex deviations, during these past 15 years.” Would your obligation be to the ethics of your profession, to report a peeping tom to law enforcement officials, or would you just be thinking, “this could be my next book?”

The legendary journalist Gay Talese received this letter in 1980, when what would become his controversial bestseller, Thy Neighbor’s Wife, exploring the effects of the sexual revolution on America, was soon to be published. So he was curious about the letter’s author, an amateur sex researcher by the name of Gerald Foos, who purported to be following in the footsteps of controversial biologist and sexologist Alfred Kinsey. Besides, Talese could relate: in The Kingdom and the Power, his 1969 book on The New York Times, he had admitted, “most journalists are restless voyeurs.”

In the past few weeks, since The New Yorker magazine published a long excerpt from his new book, The Voyeur’s Motel, Talese has been the centre of a commotion about ethical lapses and shoddy research. In the book he writes that after receiving Foos’s letter, he was “deeply unsettled by the way (Foos) had violated his customers’ trust and invaded their privacy,” but he was interested enough to see for himself if Foos was legit so he visited him in Colorado a few weeks later. Afraid of lawsuits, Foos had Talese sign an agreement that stated, “I would not identify him by name, or publicly associate his motel, with whatever information he shared with me, until he had granted me a waiver.”

Then the journalist joined Foos in the attic beneath the motel’s pitched roof, where three layers of shag carpet deadened the sounds of their footsteps. In twelve rooms, Foos had installed 14″ x 6″ ventilation grilles in the ceilings above the beds so he could observe his guests. Talese described watching with Foos as a couple from Chicago had sex. (In a comical moment, Talese’s red-striped necktie slips through the slats of the vent and dangles within yards of the couple, who were too absorbed in their lovemaking to notice.)

For the next quarter century, Talese received hundreds of pages of notes from Foos documenting every kind of sex as well as various fetishes. The notes dominate The Voyeur’s Motel, often with minimal commentary or framing by Talese. In this way the book differs from most of Talese’s work, which has typically relied on the author’s extensive, on-the-scene observations of his subjects. I recently called Talese to ask him about this and, before answering, he pointed out that, because of the confidentiality agreement, he had doubted he would ever publish anything about Foos. (In 2013, Foos finally agreed to waive their agreement.) Then he added, “There was no way I could spend years of my life staying at that motel, lying beside him in the attic night after night. I had to defer the role of the observer to the observer himself.”

While we might sympathize, it’s now apparent that Talese didn’t do even elementary due diligence. On July 1st, The Washington Post reported that property records show Foos having sold the motel in 1980, which changed hands again before Foos bought it back in 1988. (Talese seems not to have been aware of the first sale.)

While most of Foos’s activities took place in the 1970s, Talese writes in The Voyeur’s Motel that “from the 1980s through the 1990s … the mail continued to bring me personal greetings and attic-observed information from Gerald Foos …” For example, Foos married his second wife in 1984 and Talese reports that she “began helping him at the motel” and, like his first wife, “was selective in assigning the more attractive arrivals to rooms providing viewing opportunities for Gerald.” She also “became accustomed to witnessing live performances while reclining with (Foos) in the attic, sometimes simultaneously having oral sex or intercourse.” Talese also writes that in 1987 Foos bought a second motel, but it was more difficult to use for spying, so “the Manor House remained his observational headquarters” – even though Foos didn’t buy back the Manor House motel until a year later.

When the Washington Post reporter informed Talese, now 84, of the discrepancies, Talese at first said he would not be promoting the book now that “its credibility is down the toilet.” Later he reversed himself, saying, “I am not disavowing the book and neither is my publisher. If, down the line, there are details to correct in later editions, we’ll do that.” A likely outcome, as Talese admits in the book itself that he doubts the reliability of some of Foos’s research, since he found inconsistencies in some details and dates. Adding to the murky circumstances, Talese’s publisher, Grove Press, paid Foos an undisclosed fee for his “research.” Is this a case of Talese being conned by an unreliable source or has the great journalist lost his powers?

Gay Talese is a pioneer of what in the 1960s was called “The New Journalism” and today is referred to as “literary journalism” or “longform.” His books and magazine articles have become a collective template for the blending of a reporter’s dedicated fact-gathering with the literary toolkit of the novelist. Talese’s 1966 Esquire profile, “Frank Sinatra Has a Cold,” has been called the greatest magazine profile ever written. When I began my feature writing career in 1980, my model was Talese: I admired him for his elegant writing style but also because, at a time when some of his peers had been accused of taking liberties with the facts – Truman Capote, Gail Sheehy and Joe McGinniss, for example – Talese was considered an exemplary reporter.

But his work didn’t keep pace with his reputation. In his 2006 memoir, A Writer’s Life, he documented an extraordinary series of unfinished projects, some startlingly quixotic. At one point he wanted to use the case of Lorena Bobbitt chopping off her husband’s penis as the basis for a new book on sex in the 1990s. (Then- New Yorker editor Tina Brown killed a story he wrote about the Bobbitts, memorably writing to him: “Dear, dear Gay, I have come to feel that we should really kiss off this penile saga and have you do something more rewarding.”) Another abandoned project was about the Chinese soccer player whose missed penalty kick gave the 1999 Women’s World Cup to the U.S.

Some assumed he was past his prime, his career permanently stalled. But with The Voyeur’s Motel, Talese hoped that the copious note-taking of a peeping tom would show everyone not only that he’s still in the game, but that he remains a marquee player. 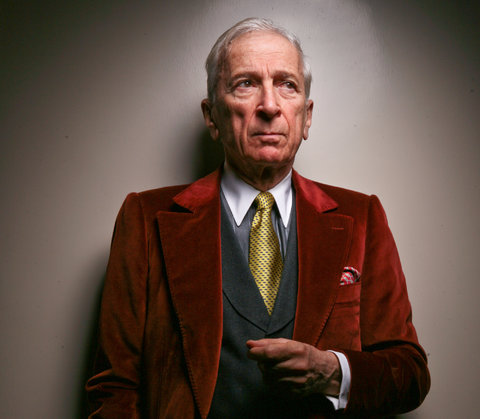 His subject, Foos, became a voyeur when he was nine years old (he regularly spied on his aunt) and managed to convince two wives to participate in his voyeurism with him. He claims to be a social scientist but unscientifically chose the guests for his “viewing rooms” based on how attractive they were, and often made distinctly presumptuous observations about them. (About one woman, he wrote: “She is very beautifully proportioned, but probably equally stupid and dumb.” About a couple: “These idiots working for their sheet metal shop are dumb as radishes.”) He rationalized that his guests weren’t affected by his spying since they didn’t know they were being watched: “there’s no invasion of privacy if no one complains.” But Foos also entered some of their rooms to check women’s bras for their precise sizes and, in some cases, to dispose of illegal drugs.

This brings us to the book’s most disturbing incident, which allegedly took place in November 1977 when a drug dealer and his girlfriend were staying in a room at the motel. Foos observed the dealer selling to schoolchildren, so while the couple were out he flushed the drugs down the toilet. Later, when the dealer found his stash was gone, he accused his girlfriend of stealing it. Foos witnessed him assaulting the woman, choking her and leaving her lying on the motel room floor. Noticing that she was still breathing, Foos convinced himself she would live and didn’t notify the police until the next day when a maid found the body.

“I spent a few sleepless nights asking myself whether I ought to turn Foos in,” writes Talese, but having read about the incident in Foos’s notes six years after it happened he reasoned “it was now too late to save her.” Once Talese was freed from the confidentiality agreement and was preparing the book he contacted the local police to ask about the death of a woman in Foos’s motel in 1977. They told him they could find no records for such a case. Were their archives unreliable? Did Foos invent the story? Here, and elsewhere, when readers need him, Talese is strangely absent.

Then, when The New Yorker ran its excerpt on April 11, Talese’s inactions became the subject of ethical debate. While journalists often honour confidentiality agreements (the RCMP tried unsuccessfully to force a VICE reporter to reveal a confidential source last year) the stories are usually in the public interest. Still, there is a long tradition and ample case law for protecting anonymity, even that of law breakers, but this doesn’t mean journalists are exempt from their obligation to diligently research.

Should Talese have rejected the project on ethical grounds, though, and reported Foos to the police? This is less straightforward than it seems. The Voyeur’s Motel is a character study in which Talese clearly states that Foos is unreliable, and that some of the details may be fantasy. (Which makes Foos no less complex a character.) Talese expresses misgivings about his complicity in Foos’s bad behaviour. I don’t expect more from him that that.

The greater problem is that unlike the high standards of Talese’s earlier work, The Voyeur’s Motel feels slapped together, an annotated diary showing the lengths a rather unlikable peeping tom went to fulfill his obsession. Admittedly, it’s a hard book to put down, but if it is meant to explore the mind of a voyeur, too much of it is devoted to Foos’s journals and not nearly enough to Talese’s analysis of his subject. For example, he might have explored the psychological theories around fetishes that attempt to explain why the male brain is far more likely than the female’s to “imprint” on specific cues. (That’s why porn sites categorize their content into themes: for example, “spying.”)

In the end, Talese weakly concludes: “I was still not sure what motivated Gerald Foos…,” yet this lack of evaluation, as well as too little fact-checking, is what has led to so much critical analysis of his new book. Compared to Thy Neighbor’s Wife, a monumental example of researching and reporting driven by Talese’s powerful narrative voice, The Voyeur’s Motel is a bit of a wank.