Storytelling is All About… Stories (I)

“Storytelling” and “narrative” are the buzzwords of modern business, used by people working for small, family-owned companies, multinational corporations and organizations in the nonprofit sector. Of course, buzzwords in style today usually end up tomorrow on lists of “Most Annoying Business Buzzwords.” (Remember synergy, convergence, ping me?) But how do you tell a story? Instead of one of those bullet point lists defining “storytelling,” how about doing what the “how-to-write” books and courses always tell you to do: show-don’t-tell. When I’m teaching my Advanced Feature Writing night course at Ryerson University, I suggest we just read examples. Here the opening scene of a story I once did for Toronto Life on the generation gap between South Asian kids and their parents in Toronto’s suburbs. It introduces a character and a plot (a conflict is established); the rhythm and pacing of the sentences reflect the way the 16-year-old girl talked during our interviews, so it’s as though you’re listening in on her thoughts. It’s how a story is told, whether it’s this one or a story meant to connect customers with a brand. 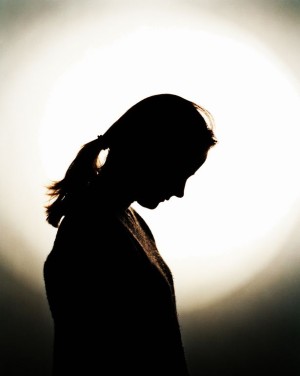 When Kusam gets home from school she’s usually exhausted. When she goes to her room for a nap, her mother gets annoyed.  “Kusam,” she says, “I want some help in the kitchen. Why are you tired always? If you have no energy now, what will happen when you’re married and have children?”

Kusam listens to her mother’s voice until it becomes a distant, silky drone and she falls asleep. Later, after dinner, she may do some homework, although she’s been doing less and less of that lately. She used to be a consistent B student but now, in grade 11, her average is around sixty per cent. She’d like to call her boyfriend but she’s not supposed to even talk to boys, let alone date one. The family lives in a bungalow in Rexdale and the phone’s in the kitchen. The last time a boy called to discuss a school project, Kusam’s father stood beside her listening to the whole conversation.

Before going to bed, Kusam sets the clock radio. It comes on at fifteen minutes before midnight. She gets up and listens carefully at the door. The house is silent. She dresses quickly, usually in a t-shirt, jeans and sneakers. Noiselessly sliding open the window, she lowers herself to the ground and makes her way down the street to where her boyfriend is waiting. He is eighteen and has left school. Now he works nights driving a truck and distributing flyers. It’s virtually the only time they can spend time together. At around 4 a.m. she slips back into her room and sleeps until the clock radio goes off again at 7. She knows she’s going to get caught sooner or later but until then she’s chosen to live on the edge.