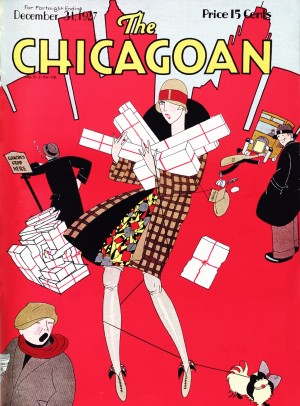 Despite the 1893 World’s Fair, which was meant to transform Chicago into a world-class city, at the turn of the 20th century it still had a bad rep. “It is indeed a nineteenth century nightmare that culminates beyond South Chicago in the monstrous fungoid shapes, the endless smoking chimneys, the squat retorts, the black smoke pall of the Standard Oil Company…,” wrote H. G. Wells in his 1906 travel book The Future in America: A Search After Realities.

In an effort to counter Chicago’s reputation as a centre of organized crime, political corruption and slums, a group of investors launched The Chicagoan in 1926, a year and a half after The New Yorker was first published. The magazine unabashedly copied The New Yorker‘s graphic design and editorial content to, according to its mandate, present to the world “a cultural, civilized and vibrant” city “which needs make no obeisance to Park Avenue, Mayfair or the Champs Elysees.”

Urbane and stylish, aspiring to a Jazz Age cool, The Chicagoan published every two weeks a mix of profiles of personalities and institutions, commentaries on Chicago’s cultural and political scene, arts reviews and cartoons. Even when The Great Depression hit, The Chicagoan didn’t take it seriously (“our talent, if any, is for lighter, gayer tasks”) but it’s the Depression that did it in. As revenues and circulation dropped, its frequency was reduced to monthly until finally, in 1935, it was laid to rest. In his 2008 book, The Chicagoan: A Lost Magazine of the Jazz Age, historian Neil Harris wrote: “It tried to suggest that a city’s cultural life was key, that the Midwest wasn’t just a holding pen for cows and crooked politicians. The place had style. The place had charm. The place was here to stay—even if The Chicagoan, sadly, wasn’t.” 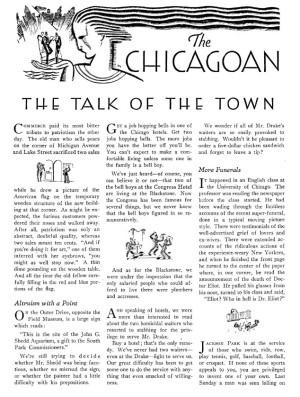 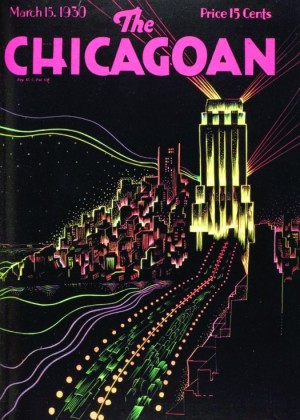 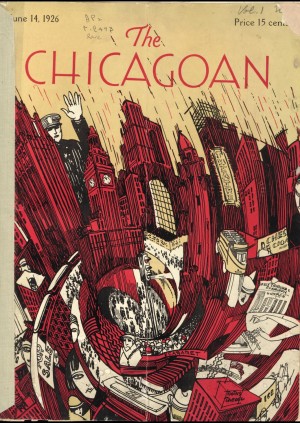 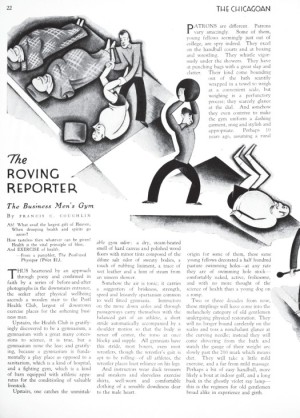 I explored the history of The Chicagoan after seeing this post, published on August 26th, on Vanessa Grall’s blog, Messy Nessy Chic:   http://www.messynessychic.com/2016/08/26/chicagos-forgotten-magazine-of-the-jazz-age/