The Line Between Fact and Fiction 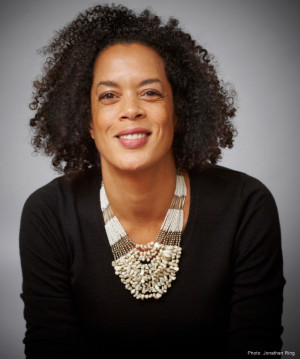 Aminatta Forna was born in Glasgow but raised in Sierra Leone. She lived through the rancorous break-up of her parents and the persecution, and finally execution, of her father, a doctor and opposition leader during the period of violent civil war in that country. She returned to Scotland to live with her mother and, after getting a law degree, worked as a BBC journalist for a decade. Her first book, The Devil That Danced on the Water: A Daughter’s Quest, is a powerful memoir about a childhood witnessing the upheavals of postcolonial Africa, the consequences of her father’s principled stand against tyranny, and her experience living in exile back in the UK. Today, she’s an essayist and critic — she contributes frequently to The Guardian — and has written three novels.

In The Guardian, she defined, as well as anyone I’ve read, the difference between nonfiction and fiction, and why the two shouldn’t meet.

“Each time a writer begins a book they make a contract with the reader. If the book is a work of fiction the contract is pretty vague, essentially saying: ‘Commit your time and patience to me and I will tell you a story.’ There may be a sub-clause about entertaining the reader, or some such. In the contract for my novels I promise to try to show my readers a way of seeing the world in a way I hope they have not seen before. A contract for a work of nonfiction is a more precise affair. The writer says, I am telling you, and to the best of my ability, what I believe to be true. This is a contract that should not be broken lightly and why I have disagreed with writers of memoir (in particular) who happily alter facts to suit their narrative purposes. Break the contract and readers no longer know who to trust.”