The Shadow in the Garden 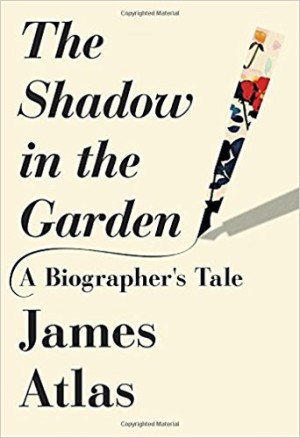 I finished reading James Atlas’ curious, somewhat rambling, book The Shadow in the Garden, which is, really, an autobiography of a biographer. Atlas is known for two biographies–Delmore Schwartz: The Life of an American Poet (1977),  and Bellow: A Biography (2000), as well as being the editor of the Penguin Lives series of short biographies. His two main subjects are quite different. Schwartz was the classic tale of a doomed artist–the golden boy of American letters who soon succumbed to mental illness and addictions and died, a largely forgotten figure, in his early 50s. He was a brilliant, mercurial outsider. Bellow was among the world greatest writers, winner of a Pulitzer Prize, Nobel Prize for Literature, National Book Award winner (three times) and recipient of the National Book Foundation’s Medal for Distinguished Contribution to American Letters. A cultured, patrician intellectual.

I related to Atlas’ sections on research, the way he rhapsodized over that peculiar joy writers experience when they find things, like the weather on a certain day or a hard-to-locate friend who can shed light on a specific period of a subject’s life.  (Often the friends are aging. “Death,” Atlas notes, “is the biographer’s worst enemy.”) When he was beginning his research on Schwartz, Atlas remembers a letter he received informing him there “were crates and crates full of papers,” to which he wrote in a footnote: “It would be impossible to craft a sentence capable of bringing greater joy to a biographer.”

He writes about sifting through electric bills and grocery lists and torn envelopes, in case a fragment of a poem or a note about a novel-in-progress reveals itself. Finding in a letter a subject wrote to a friend a reference that becomes gold on the page of a biography. Relating to all this, of course, is the importance of fact-checking: “Above all, you had to get your facts straight, however trivial they seemed (‘There is no streetcar on 51st Street’), because if you got a fact wrong, even if no one noticed, it would set off a vibration of wrongness that made everything around it, all the facts and quotes and speculations, feel somehow off.” 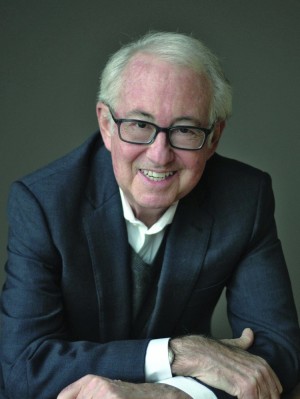 Atlas neatly described the feeling of spending time with biographical subjects (even true, to a lesser extent, of feature writers working on profiles). After a lengthy visit with Bellow, he wrote: “By the time I left, I was way over my limit of Bellow exposure–the amount of time I could spend around him before I got Bellow burnout. So much concentration, combined with the suppression of self, was exhausting.”

Suppression of self is an apt expression, describing the way subjects can be themselves, engaging with whatever energy they choose to exert, terminating a session whenever they wish. Whereas the writer is working at maintaining what would be a natural and casual rapport with the subject’s true friends but is, for the writer, serious labor. (If it isn’t, you’re not doing it right.) For writers to coax thoughts from subjects means, for the most part, suppressing their own. Their default position is unobtrusive. (The biographer is the “shadow” lurking in the subject’s “garden.”) When writers share a story of their own they do it with a purpose–to elicit more from their subjects. It’s mentally exhausting.

Later, though, Atlas writes, “on the page, the personality of the biographer will inevitably reassert itself. We are all shadowy presences in our own books. We’re there and not there, visible and invisible; our fingers leave faint but indelible prints. Our temperament, our character, our sensibility all become part of the story we’re telling.”

There is an argument, especially among some subjects of biographies, that the genre is parasitic.  Edmund White called it “the revenge of the little people on the big people.” Nabokov said he hated “Tom-peeping over the fence” of subjects’ lives. George Eliot asked, “Is it not odious that as soon as a man is dead his desk is raked, and every insignificant memorandum which he never meant for the public is printed for the gossiping amusement of people too idle to read his book?”  Atlas replied, “So what is the biographer’s purpose? Primarily, I would say, to show what other factors–besides genius–contributed to the making of the writer’s life, the genesis of his books, the social and literary influences that formed them.” That’s the two sides of a debate to which there will never be a resolution.

Atlas maintains that biographers don’t choose subjects; the subjects move in and refuse to leave until the biography is finished. With Bellow, he was convinced he was the natural Boswell to Bellow’s Johnson and pursued the reluctant Bellow until finally the process began. In the case of Schwartz, Atlas was a teenager when he was taken by a haunting photo of the poet, but that wasn’t the real reason he spent a decade on the biography. “Delmore’s attachment to his early childhood, his unrealizable expectations, his piercing loneliness, his book hunger, his dread of failure… these were traits and longings we shared.”