When “Deep Throat” Outed Himself 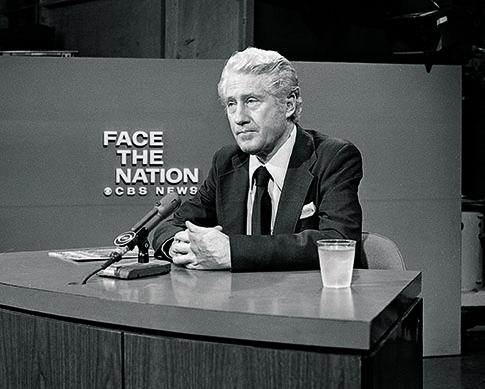 From the 1974 book, and especially the 1976 movie, we all know the story. Two young Washington Post reporters take down the U.S. president with the help of a mysterious government source nicknamed Deep Throat (memorably played in the movie by Hal Holbrook), who devises secret signals and arranges nocturnal meetings in underground parking garages. Unlike the whistleblowers of today (Julian Assange; Edward Snowden), Deep Throat didn’t dump massive troves of classified information. He was the old-fashioned informant, selectively leaking bits & pieces of information which, added to the reporting Bob Woodward and Carl Bernstein were already doing, helped the reporters map out a trail to the White House.

Richard Nixon suspected many people of treason, among them FBI assistant director Mark Felt, but Felt always denied it. (“It would be contrary to my responsibility as a loyal employee of the FBI to leak information.”) However, on this day, May 31st, in 2005, Vanity Fair published on its web site the truth: Felt, who was retired, unwell, & would die three years later, was Deep Throat. Felt had agreed to reveal his identity at the urging of his family. Later, the news was confirmed by Woodward, Bernstein, and Post executive editor, Ben Bradlee. To be fair, there is speculation that Felt cooperated in part to further his own ambitions to become director of the FBI. (Hardly a surprise that Felt might have had some motives of his own in play.)  Still, wouldn’t it be nice if so effective a Deep Throat was at work in the U.S. today? 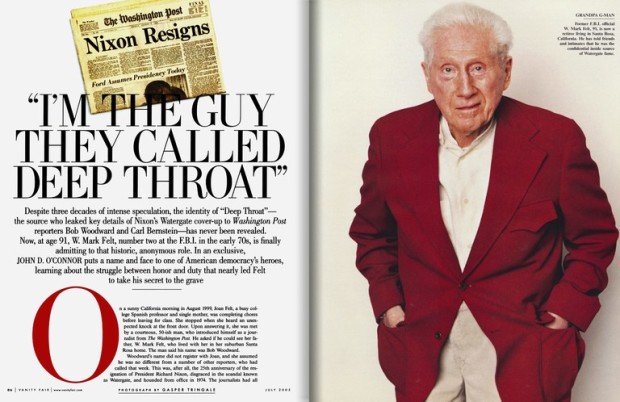