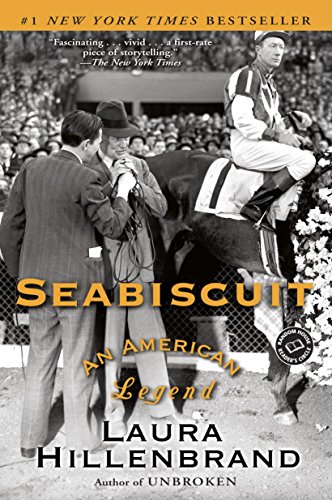 I don’t care about horse racing, nor do I have any special affinity for horses, other than admiring the noble animals the way anyone would. But in her work of historical nonfiction, Seabiscuit: An American Legend, Laura Hillenbrand had me from the first sentence: “In 1938 the year’s number-one newsmaker was not Franklin Delano Roosevelt, Hitler or Mussolini… nor was it Howard Hughes or Clark Gable. The subject of most newspaper column inches wasn’t even a person. It was an undersized, crooked-legged racehorse named Seabiscuit.”

Actually, the story revolves around the horse plus three key humans who could have walked out of a novel by Steinbeck or Dos Passos. Charles Howard made a fortune selling automobiles in California and became an obsessive owner of race horses. “Silent” Tom Smith, a gifted trainer and tactician who recognized Seabiscuit was a winner, said as little as possible and preferred the company of horses to people. (He was constantly at war with reporters.) And Johnny “Red” Pollard, a failed prize-fighter and failing, one-eyed jockey from Edmonton who Hillenbrand describes this way: ”He had no money and no home. ‘He lived entirely on the road of the racing circuit, sleeping in empty stalls, carrying with him only a saddle, his rosary, and his books: pocket volumes of Shakespeare, Omar Khayyam’s Rubaiyat, a little copy of Robert Service’s Songs of the Sourdough, maybe some Emerson, whom he called ‘Old Waldo.'” Somehow, Pollard had a magic touch with Seabiscuit.  (There was a fourth character key to the story: the jockey George Woolf, a friend of Pollard’s who rode Seabiscuit when Pollard was too injured to do so.)

It’s set against the backdrop of the Great Depression, when the American population was desperate for any kind of escapism (the rags-to-riches saga of an ungainly horse rising against all odds to become a winner would do nicely), and the boom in radio that introduced to America the mass media, as well as the celebrity that goes with it.

The book, published in 2001, became an immediate bestseller and won, or was nominated, for a slew of awards. Small wonder it was made into a feature film, starring Toby Maguire, Jeff Bridges, and Chris Cooper, two years later. 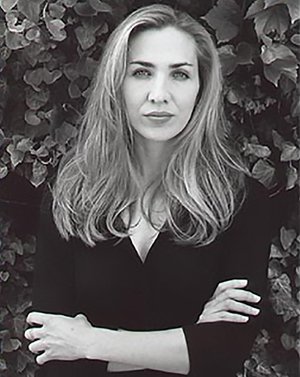 Hillenbrand, a feature writer who has specialized in thoroughbred racing, mostly has a nice touch, especially when bringing alive the many races that in most hands would become repetitive (even in her hands, some do over the 400 pages). There’s only occasional lapses into purplish prose. But what I found most impressive was her historical research. As a journalist, I pored over her acknowledgements. There she detailed how and where she found the material that allowed her to bring the story to life. She discovered obscure collectors who had valuable memorabilia (including interviews with the principle subjects); a 1945 Jockey’s Guild yearbook that documented the frightening ways jockey reduced their weight; and newsreel footage of Seabiscuit’s races. She placed an ad in the Daily Racing Form that produced replies from old-timers who she sought out and interviewed. (One was a  nearly 100-year-old groom living in a trailer in the desert who knew Tom Smith as a young mustang wrangler.) She talked to a pair of jockeys who rode Seabiscuit and could tell her in detail what Pollard and Woolf experienced as well as giving her insights into how Smith ran his barn. In what will delight every researcher, she even discovered an interview with George Woolf in a 1951 issue of a porno magazine called SIR! A Magazine for Males.

There’s a sad twist to the story, too. After Seabiscuit was published, the debilitating chronic fatigue condition that had dominated Hillenbrand years earlier returned. She seldom left her home, couldn’t stand up long enough to shower, and lost touch with people and the world around her. She eventually wrote about it in The New Yorker (A Sudden Illness).