A Grammar Rule to Put Up With

Atlas Obscura is a wonderful online magazine & digital media company founded in 2009 by writer Joshua Foer & filmmaker Dylan Thuras. Filled with wonderful arcana & curiousities, I liked this because it’s a rule imprinted on my mind, making me unable to end a sentence with a preposition unless I was ordered to at gunpoint.    — david

It all goes back to 17th-century England and a fusspot named John Dryden. 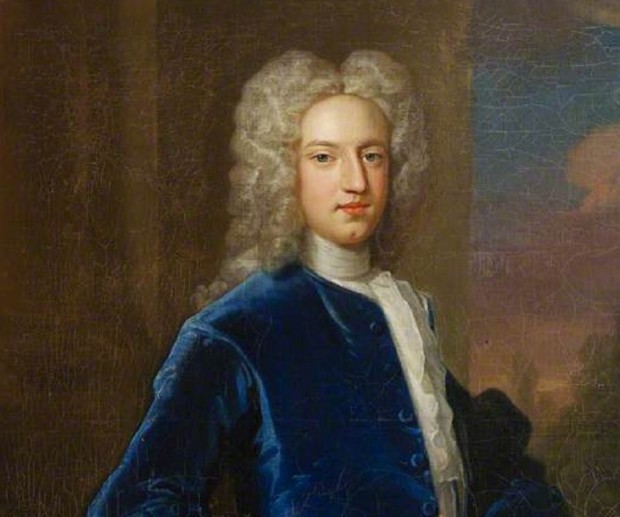 That said, Dryden was roundly mocked by his contemporaries. He does not seem to have been particularly well-liked. “There is more hostile response to Dryden than there is to any other early modern writer—I think than any other writer, period,” says Steven Zwicker, a professor at Washington University in St. Louis who is one of the premier Dryden scholars in the world.en twice stated an opposition to preposition stranding. In an afterword for one of his own plays, he criticized Ben Jonson for doing this, saying: “The preposition in the end of the sentence; a common fault with him, and which I have but lately observed in my own writing.” Later, in a letter to a young writer who had asked for advice, he wrote: “In the correctness of the English I remember I hinted somewhat of concludding [sic] your sentences with prepositions or conjunctions sometimes, which is not elegant, as in your first sentence.”

Dryden does not state why he finds this to be “not elegant.” And yet somehow this completely unexplained, tiny criticism, buried in his mountain of works, lodged itself in the grammarian mind, and continued to be taught for hundreds of years later. This casual little comment would arguably be Dryden’s most enduring creation. It’s a little bit sad.

FOLLOWING THE DEATH OF OLIVER Cromwell, England was in a pretty weird place, and the English language was in a weirder one. The monarchy had been restored, but during Cromwell’s reign an awful lot of English writing had been stunted; for a time, plays were even banned, for fear of public political criticism. That’s a bigger deal than it sounds, because during the latter half of the 17th century, literacy rates in London—by far the highest in the country—were only around 20 percent. The language evolved on the stage, and that development was paused for a few decades.

At the time, there were at most a handful of what are called English grammars: basically, books instructing the proper way to use the English language. In the Restoration period, when Dryden was a star, the discussion of exactly what the English language was (and, in turn, who the English people were, and what England was) began to really rapidly evolve. Dryden is not very well-known today, but at the time he was the leading literary rockstar, and his words carried a huge amount of weight. He wasn’t really one of the leading grammarians of his time, being focused more on his plays and criticism, but he did, says Zwicker, have very firm opinions about what he considered good writing and what he considered bad writing.

Other writers of the time were hostile to Dryden, attacking him for changing his religion from the Church of England to Roman Catholicism, his political affiliation, for his ambition, and, it seems, because he was sort of a boring and witless conversationalist. You might expect that the guy to ban preposition stranding would be a pithy Mark Twain or Oscar Wilde type, full of great barbed quotes. But Dryden wasn’t that at all. “No one admired him for his verbal wit,” says Zwicker. “Certainly his writing is wonderful and clever, but he had practically no verbal presence at all.”

It is actually a bit of a mystery why he was so loathed at the time; Zwicker suggests some of it was probably envy at Dryden’s success, some was legitimate criticism of his style, and some was vague personality stuff. But a lot of this stuff seems like subtext, as if Dryden was attacked because he was Dryden and the reasons given might not have been telling the full story.

Dryden loved the classics; he was easily the most prominent translator and critic of Ovid, Horace, and Virgil, although his translations (like a lot of his own writing) were sort of bombastic and larger-than-life. He was fluent in Latin and worshipped the classics. And English was in a place where it was about to accelerate; it had been paused and now it was un-paused. Dryden’s ideas about what English should be were heavily motivated by Latin and Latinate ideas. It’s believed this is where his preposition thing comes from; in Latin, the preposition, as indicated by the first three letters of the word “preposition,” always comes before the noun. It is assumed that this is what motivated Dryden to make this case.

This is kind of a paradox as well; Dryden worshipped the classics, and was motivated by classical Latin, but was a defiant modernist, maybe even a progressive. He critiqued Shakespeare and Ben Jonson, applauded the newer writers of his own era, invented new forms which he then sought to popularize. But that’s the hold that the classics have: even when you’re trying to push things forward, the classics are always there.

WHAT’S SO FRUSTRATING ABOUT THIS whole preposition thing is that there doesn’t appear to be an easy answer as to how it became so completely lodged in formal English grammar. There are all these little hints as to why it might have taken hold—it is an easy-to-understand grammarian rule that came about at a time and place when English grammar was rapidly taking form, and it came from the mouth of the biggest literary figure of the time. But like Dryden himself, it’s a hard rule to get ahold of. Of which to get ahold.

*Correction: We originally said that Dryden invented the heroic couplet. He was known for composing them with frequency and flair, but heroic couplets were used centuries earlier, notably by Chaucer. Shakespeare was fond of them, too.