Claas Relotius is an Outlier 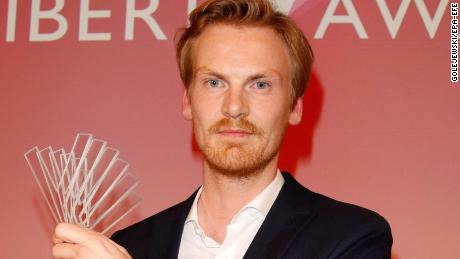 Claas Relotius, an award-winning German journalist working for Der Spiegel, has joined an undistinguished group of fellow nonfiction hoax artists (see selected list below) at a most unfortunate time. Over several years, the more than two dozen stories in question — in which Relotius doctored or made up quotes and created composite, or entirely fictional, subjects — were published in the prestigious newsweekly, Der Spiegel, leading the publication to issue a lengthy apology and launch an investigation.

DER SPIEGEL would like to apologize to anyone and everyone who has appeared in the magazine or on our website with false quotations, made-up details about their lives, invented scene-setters, in fictitious places or in otherwise false contexts in articles by Claas Relotius. The company apologizes to its readers, to all its esteemed colleagues in the industry, to the prize committees and juries, to the journalism schools, to the family of DER SPIEGEL founder Rudolf Augstein, to its business partners and its customers. DER SPIEGEL will appoint a commission, one that will also include people from outside the company, to investigate what happened and prevent it from happening again.

But the damage has been done. Far right-wing populists are already claiming Relotius as proof of what they’ve always argued: that mainstream media produces “fake news” and is not to be trusted. Some of the comments on Der Spiegel‘s web site reflect this: “Why is anyone surprised? Our journalists lie to us every day, what’s the news here?” “A fake journalist writing Fake News in a mainstream newspaper. What a surprise…”

But Relotius is an outlier and seems to fit a classic model. He’s said: “It was the fear of failure…  The pressure not to fail grew as I became more successful.” He sounds not unlike Stephen Glass, the legendary fabricator at The New Republic in the late 1990s. At that time, the magazine identified 36 articles that Glass had either partly, or entirely, made up. After graduating from Georgetown Law School, Glass moved to Los Angeles where he applied for jobs with law firms.  In hearings held by the California state bar to judge whether Glass was fit to practice, he testified about the response from his fabricated stories: “I was very, very, very much wanted, and felt very powerfully the desire to please my parents, please my editors, and to succeed at this.” A psychiatrist who met with Glass said that as an immature young man he “was so eager to succeed that his lying became compulsive, like a gambler’s high.”

Like Glass, when you look back at Relotius’ articles they seem too good to be true. In his piece about “Gayle Gaddis” (an invented name), a death penalty-supporting woman who regularly attends executions as a “citizen witness,” the writing is often striking and novelistic: “She’s wearing a blouse and a cross on her necklace; she thumbs through her Bible. She’s read it so often that the cover has yellowed and the pages are dog-eared. She opens to Leviticus, chapter 24, where it says: ‘Whoever kills a man must be put to death.'” The best creative nonfiction writers can do this kind of thing using factual material. Alas, in this case Relotius made up the entire story.

Other articles in question include a powerful feature about a Syrian boy who believed he had contributed to his country’s civil war by writing graffiti on a wall in Daraa;  the tormented life of a wrongly-detained prisoner, Mohammed Bwasir, at the U.S. detention centre in Guantanamo Bay, Cuba;  two Iraqi kids who were kidnapped and re-educated by the Islamic State before being dispatched as suicide bombers. They were all vivid, dramatic, and powerful stories, for which Relotius earned the German Reporter Prize (four times), the European Press Prize, and CNN’s Journalist of the Year, among others awards. (He has given some back; in other cases organizations have taken the awards from him.)

His downfall began when he was working with another reporter, Juan Moreno, in November 2018 on a story about an Arizona-based paramilitary group patrolling the Mexican border. Moreno reported some concerns he had about Relotius to editors at Der Spiegel but was met with skepticism. Later, while working on another assignment, he began looking into Relotius’ reporting and discovered discrepancies. Some of the people Relotius quotes in the story told Moreno they had never met him and sometimes he had altered details about real people.

In a particularly brazen case, Relotius wrote a feature about Colin Kaepernick, the NFL football star who protested racism in the U.S. by kneeling during the national anthem, a move that cost him his job. Having called the athlete’s parents for an interview, Relotius wrote: “They hesitated over whether they should speak about their son on the phone. They didn’t want to cause any trouble for him, they said, but they also wanted people to understand him. Finally — at times crying, at times laughing — the mother told his story.” There was one problem: Relotius never spoke to Kaepernick’s parents.

Meanwhile, a pair of locals in the small town of Fergus Falls, Minnesota were upset by Relotius’ 2017 story, “Where They Pray for Trump on Sundays,” depicting the town as a symbol of small-minded, Trump-supporting rural America. They spent a year debunking almost every detail. When Relotius finally confessed, he told his editors that when his feature on Fergus Falls didn’t come together — by which I assume he means it didn’t fit a stereotype that would have made for a sensational story — he made up quotes and details to bring it together.

“I tend to want to have control and I have this compulsion, this drive, to somehow make it happen,” he confessed. “Of course, you don’t make it happen. You make a fabrication.”

The motto of Der Spiegel translates as “tell it like it is.” That was later interpreted by the newsmagazine to mean: “All the news, information and facts processed and recorded by DER SPIEGEL absolutely have to be accurate… The need for corrections should be avoided at all costs at DER SPIEGEL.”

But fabricators like Relotius and Glass succeed not because the publications are necessarily sloppy and the right-wing populists are right, but because there are relatively few cases of deceitful journalists. My list below contains 21 examples from 1980 to 2016, the same as the number of lies Donald Trump told at his first post-midterm election interview in 2018, according to Trump’s most ardent fact-checker, Toronto Star reporter Daniel Dale. Think of the number of working journalists and the tens of thousands of stories that were produced in North America alone over that time period.

What fabricators like Relotius and Glass are good at is providing fiction with enough of a gloss of fact that it fools their bosses, who don’t expect a journalist to go to such lengths to deceive. (It helped that many of Relotius’ stories were set in North America, where relatively few would be reading the international edition of the German newsmagazine.) And they exploit some of journalism’s weaknesses. There is a demand today for “narrative nonfiction,” which blends colorful storytelling — designed to keep readers reading — with factual reporting, but it can also blur the lines between fact and fiction.  Also, not every publication employs fact-checkers and not every source interviewed by a journalist can be easily contacted, especially those who are marginalized, for example. When respected journalists present their editors and fact-checking department with scrawled notes documenting an interview with an individual on a street or in a restaurant, or a meeting between several people where nothing was caught on camera, some of the participants may make themselves available to fact-checkers, some may not. In Relotius’ case, he produced emails from sources, Facebook pages, and similar material to back up his stories (although they were often fake emails from fictitious sources and misleading evidence, which created a smokescreen that was hard to penetrate).

When the research is difficult to confirm, the tradition is often to go “on author.” (I’ve had my work accepted at magazines many times this way.) In the vast majority of cases, the journalists are ethical and provide accurate information about what happened. Especially when it’s an award-winning star, though, it’s even harder for the average editor or fact-checker to believe they’re being hoodwinked. Relotius may be an exception in journalism, but the same kind of sleek, manipulative, and determined con artists have succeeded in areas like business and politics, as well.

Today, trust in the mainstream media is at a dramatic low. Lies and partially accurate information circulate on web sites and social media. In Germany, far-right groups have revived the term “Lügenpresse” (“lying press”), which was used in the early years of the Nazi movement. According to Der Spiegel, Relotius told them, “I am sick and I need to get help.” Sadly, he has infected the entire liberal media, which really didn’t need a scandal that plays into its opponents’ hands.