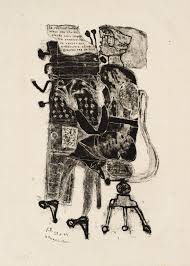 Jean Dubuffet studied art in the late teens (of the 20th century) and worked as an artist into the ’20s before he gave it up to become an industrial designer and later work in his family’s wine business. He decided to re-commit himself to art in 1942 and studied with master lithographer Fernand Mourlot. He produced a series of lithographs, which he called Matière et mémorie (Matter and Memory), describing them as “our little daily actions so habitual and which, in reality, if we consider them from a new angle, by making abstraction of all of them, appear so unique and also so moving.”  These two are favorites of mine: “Typist” and “Telephone Torment.” 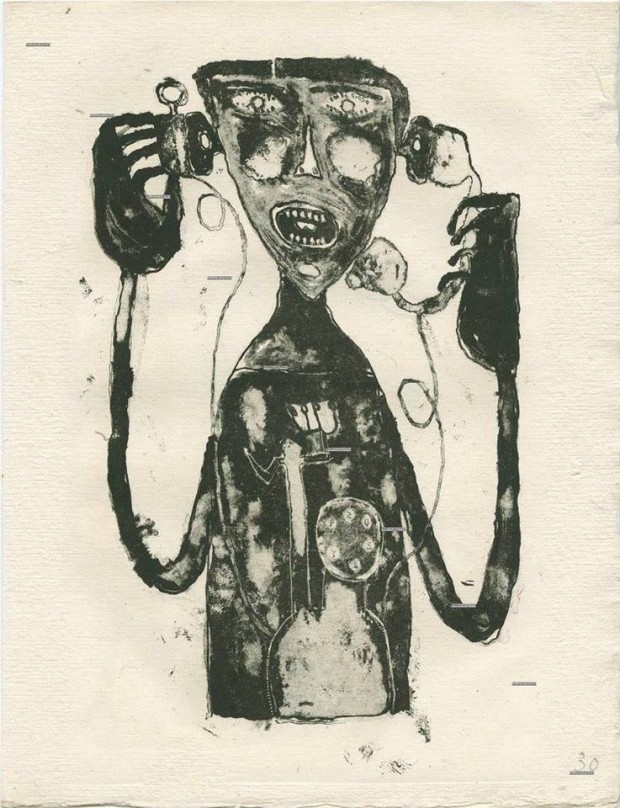