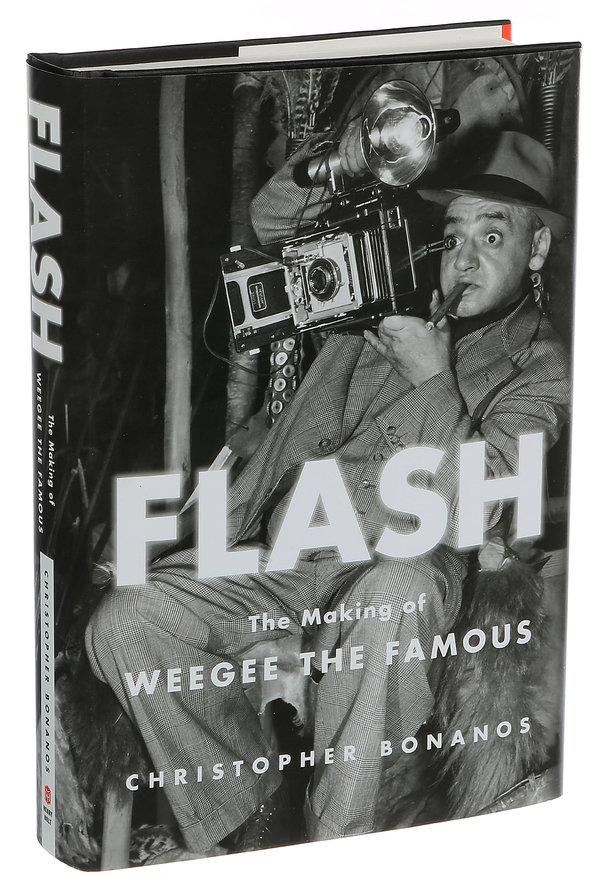 He often got to the scene of crimes before the police, especially once he installed in his car a shortwave radio tuned to the police band. He’s unusual for his work having been successful in the popular press and also accepted by the art world. His images were graphic, sensational, often grisly. They defined what became known as tabloid journalism and influenced film noir. His work embodied Susan Sontag’s observation in her book On Photography: “A photograph passes for incontrovertible proof that a given thing happened.” 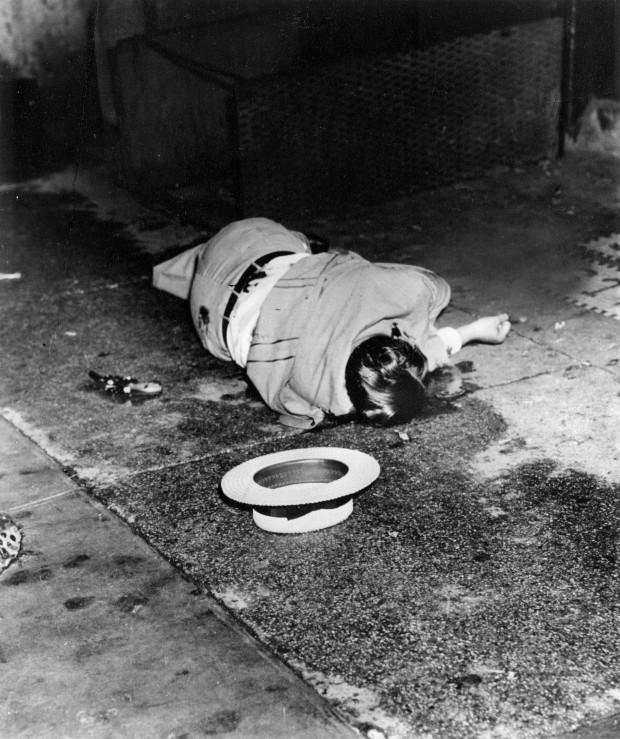 Weegee’s famous 1936 photo of Dominick Didato, a mafioso gunned down outside an Italian restaurant in Greenwich Village. Commenting on the image, Weegee said: “I made the stiff look real cozy, as if he were taking a short nap.” 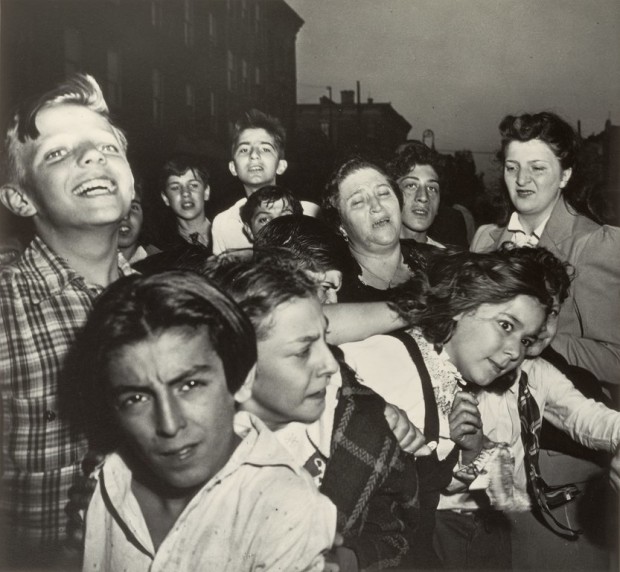 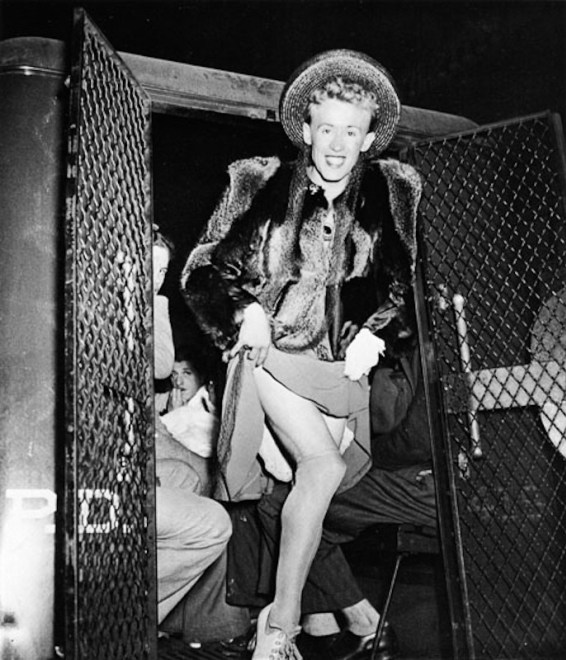 “Man Arrested for Cross-Dressing” (1939). Weegee said: “These are men arrested for dressing as girls… the cops, the old meanies, broke up their dance…and took them to the Pokey.” 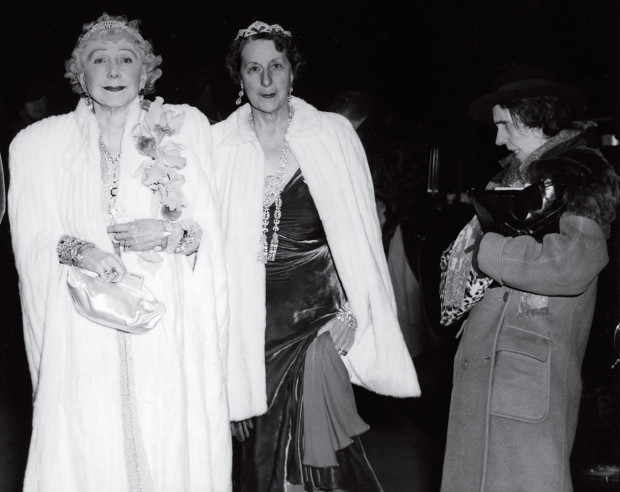 “The Critic,” one of his most famous photos, was shot outside the Metropolitan Opera House on opening night in 1943. A sad, possibly homeless, woman stares at two society ladies. Although Weegee never admitted it, Bonanos reports that the photo was staged. Weegee gave the woman alcohol, brought her to the Met, and waited for the right moment. 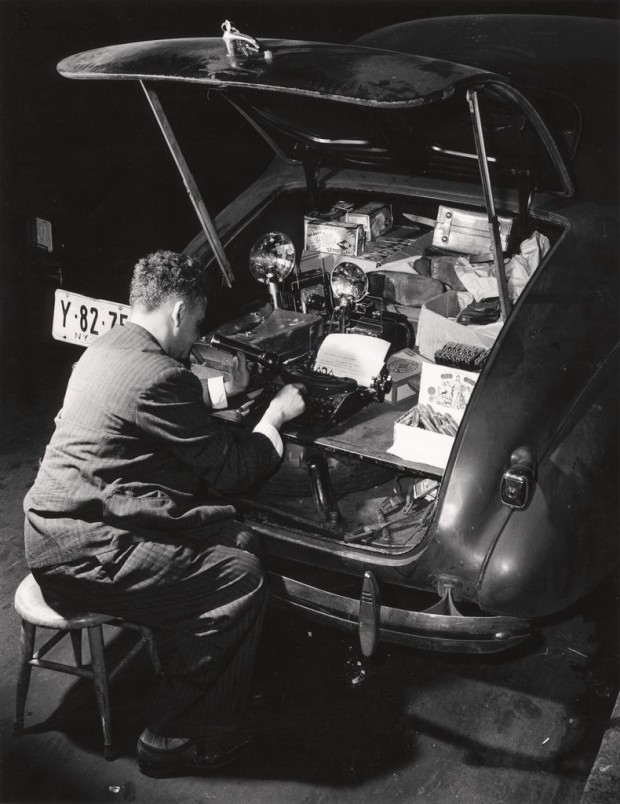 At a crime scene, Weegee would open the trunk of his 1938 Chevrolet “business coupe,” take out a stool, and start typing captions. Here he’s holding a flashlight as he types. The trunk contains two Speed Graphic cameras and boxes of flash bulbs, film, cigars, and other paraphernalia.