Looking down on The Star’s Art Deco headquarters.

In 1891, Toronto’s population was 180,000 and it had six newspapers. In November 1892, 21 printers (locked out after a labour dispute at another paper) along with their teenage apprentices launched a four-page newspaper aimed at the working class called The Evening Star (“a paper for the people”). Their reach exceeded their grasp and the Star struggled financially but, in 1899, Joseph Atkinson became its editor and turned its fortunes around. He took advertisements off the front page, expanded sports coverage, and campaigned for mothers’ allowances, unemployment insurance, old-age pensions, and a national health plan. In keeping with a paper for working people, he also supported a minimum wage and the rights of labour unions. By the 1920s, with 650 employees and a circulation of 175,000, the renamed Toronto Daily Star was the largest circulation newspaper in Canada. Having outgrown its modest Adelaide Street West offices, it commissioned a new headquarters at 80 King St. West, which was finished in January 1929, just nine months before the market crash that launched the Great Depression. 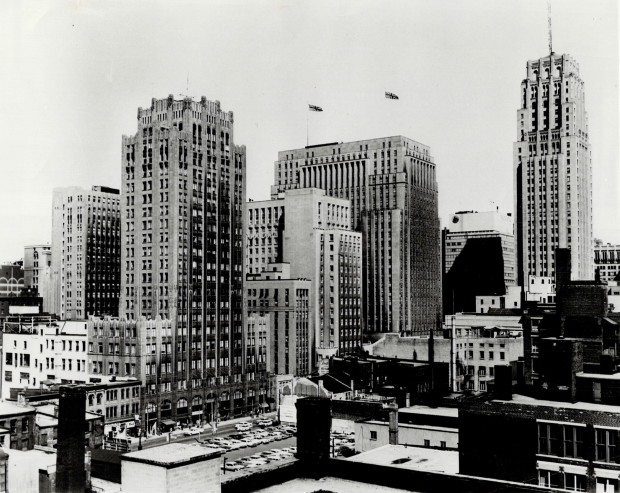 A classic example of Art Deco, it had a 6-storey podium rising to a 22-storey pinnacle (with a Star radio station on the 21st floor). The sky scraper’s first three storeys were granite-faced, the rest was limestone. Most of the daily operations of the paper were on the first three floors, including production and delivery services. The front entrance had a decorative bronze screen and above it, floral motifs carved in stone. Inside, the elevators had bronze doors etched with Deco designs. In a commemorative booklet published by the Star, the building was described as having a “symphony of vertical lines” that “recede and fade into the sky…like a mountain top.” Joe Shuster, a former Toronto Star delivery boy who later created Superman, used this building as his inspiration for The Daily Planet.

In 1971 the Star sold the property & moved to its soul-less glass tower at One Yonge St. A year later, one of the most beautiful Art Deco buildings in Toronto was demolished, making way for First Canadian Place. A typical example of the city’s short-sighted attitude toward heritage buildings. (Some of the stonework from the building is on display at the Guild Park and Gardens in Scarborough among its collection of relics rescued from the demolition of buildings in downtown Toronto.)

The Star building looking east along King toward Yonge. Bank of Commerce tower in background. 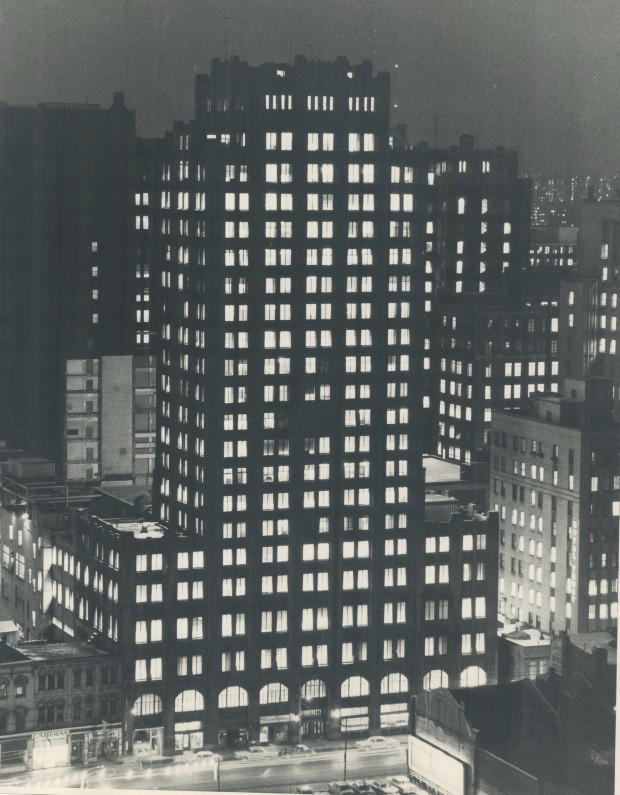 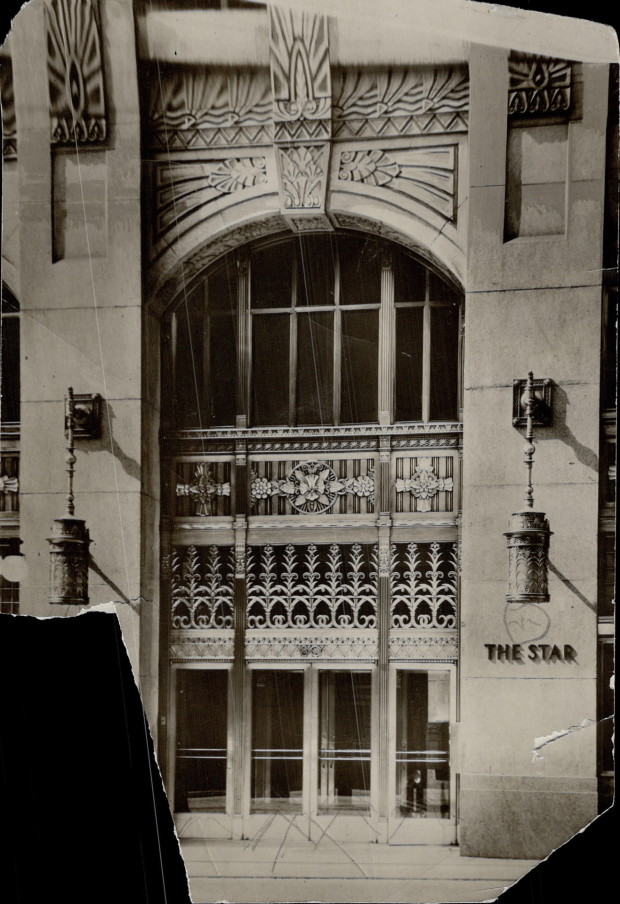 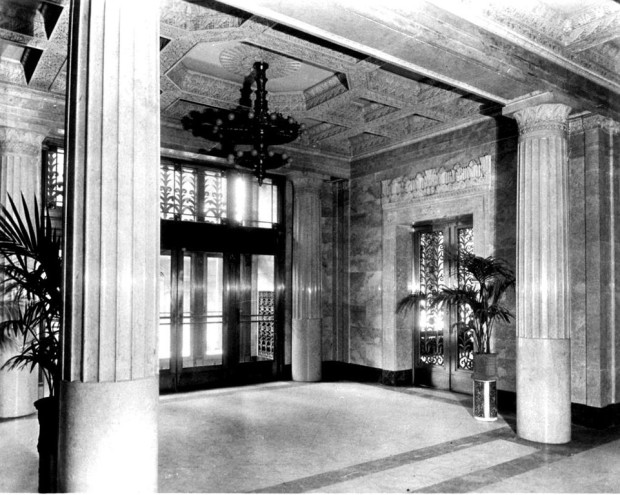 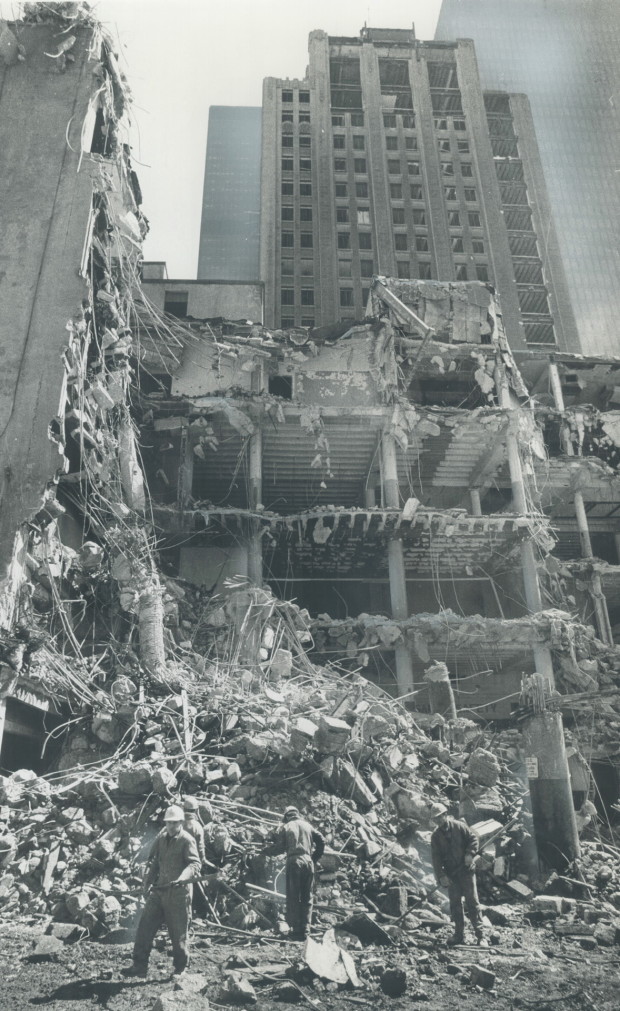 The demolition of an Art Deco treasure.