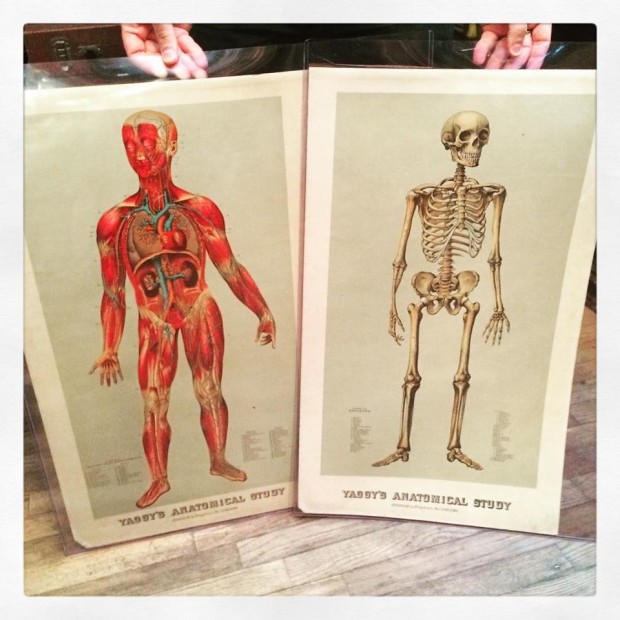 Levi Walter Yaggy was an inventor, writer, and publisher in Chicago. His 1886 Yaggy Anatomical Study of Human Anatomy (used in medical schools and by physicians) was considered a landmark of its era, especially for its use of pop-ups. The folio contained large charts, or “manikens,” of the human anatomy, including the skeleton, muscles, nervous system, arteries and veins, internal organs, etc.  It was interactive, too. The inside of the front cover has a three-panel fold-out diagram of the human torso, including the head, with several additional fold-outs and overlays. Some of the charts show the harmful effects of alcohol and narcotics on the internal organs. Using chromolithography, the beautiful illustrations feature stunning colours and contrasts, by for-hire, mainly anonymous, artists. (Ahh, the fate of the freelance content creator.)

Yaggy was also known for an ethnographic chart depicting the peoples of the world and geology maps.  His work wasn’t without problems, by today’s standards. One chart depicted the world divided into five climatic zones, each populated by characteristic flora and fauna and suited to certain types of cultures. Reflecting Victorian-era racist assumptions, the chart shows temperate climates, such as those in Europe and North America, as home to advanced civilizations, whereas the tropical climates of Africa and South America are home to more “primitive” cultures where laziness and self-indulgence are common. (Whew! Breathtakingly wrong-headed by contemporary standards.) 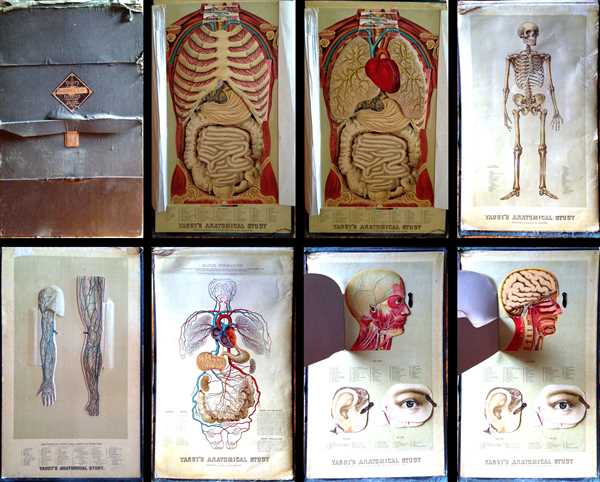 As a writer, Yaggy produced books on anthropology and ancient life (the customs, habits, literature and arts, and cities of early time), as well as some inspirational books like The Royal Path of Life; Or, Aims and Aids to Success and Happiness (1881) and How to Do a Consulting Library for Every Want (1902). 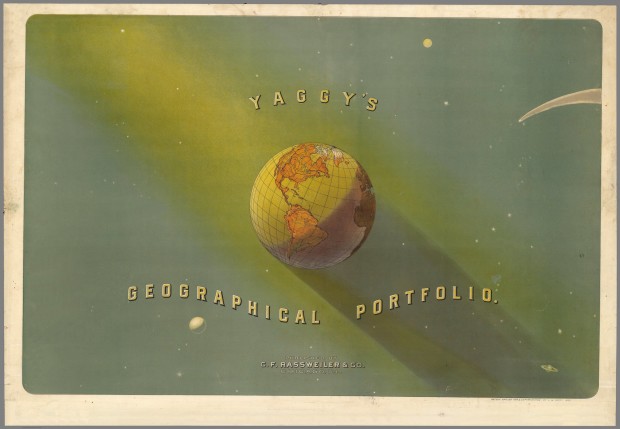 According to a description in an advertisement for Yaggy’s business,  “The Western Publishing House has set its face squarely against old educational methods and ideas. Instead of offering the public old things ‘made over,’ it has come to the help of teachers and schools with a series of appliances which in design, mechanism and manner of illustration, are new, elegant and practical. The enthusiasm which has been aroused in educational circles by this new departure, is proof of the fact that teachers are tired of stereotyped and worn-out means of school-room illustration, and that they desire and need helps and apparatus which measure up to the modern theory and practice of teaching.”

On the side, he was also an inventor, holding a number of patents including ones for an adding machine, a Chautauqua desk, and a “stubble turner” for plows. He was an ambitious Renaissance man who, today, would no doubt be a tech tycoon. 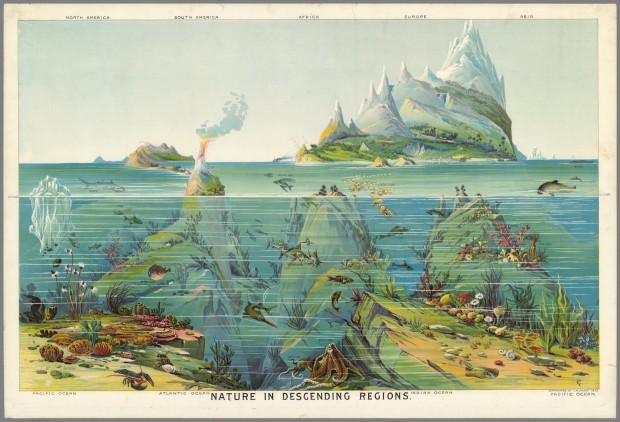