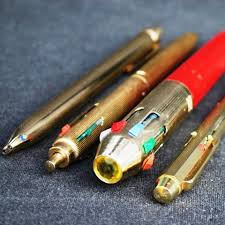 Bic introduced the first multi-color pen in April 1970 in France. Soon other manufacturers were making them. While kids, like me, loved the novelty of them, the original purpose was practical: people who needed multiple colors of ink in their work would no longer have to carry around several different pens.

Unlike latter-day fountain pens, which had different colored ink in cartridges that you could swap in and out, the more convenient ballpoint pen was one color. Remembering to carry several different pens of different colors was inconvenient. 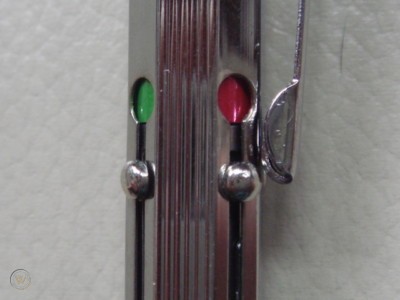