We all know Billy Wilder from his wonderful films (Some Like It Hot; Double Indemnity; The Seven Year Itch; Sunset Boulevard; Sabrina; Witness for the Prosecution; and never forget Ace in the Hole (aka The Big Carnival) from 1951: as sharp a portrait of the seedy side of media-manipulating-the-public as I’ve ever seen. Now, a new book has been published called Billy Wilder on Assignment: Dispatches from Weimar Berlin and Interwar Vienna. (Edited by Noah Isenberg and translated from the German by Shelley Frisch.) 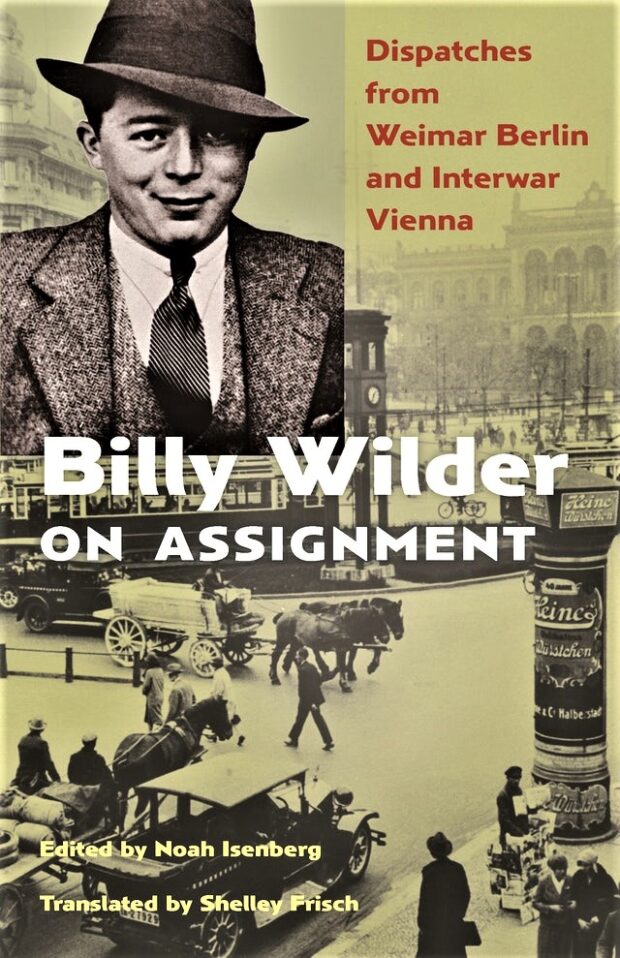 He was born in 1906, growing up in a Polish-Jewish family living in a small town in what was then the Austro-Hungarian Empire. At 20, he moved to Berlin, became a reporter for a local paper, relocated again to Paris as the Nazi threat grew. Gaining a bit of experience in film, he moved to Hollywood in 1933. While in Berlin, though, he moonlighted as a “taxi dancer” (a paid dance partner in a hotel ballroom or dance hall). Drawing on this experience, he wrote a story, collected in this anthology, called “Waiter, A Dancer, Please.” The tone, cosmopolitan, worldly; the sentences, herky-jerky, reflecting the tumultous, jazz-era 1930s in Berlin.

The jazz band on the upper level is slouching over their instruments and bobbing to the rhythm. Aside from the banjo player, who is looking down, bored and mouth agape, at the couples as they jump, grind, chuff, and hop.

Herr Isin’s red eyes gaze at me as though straining to say: Go!

Yes, yes, I’ll go dance. Over there in the corner, the lady in the Persian lamb coat and the crocodile leather shoes. I’ll go ask her to dance.

But Herr Isin taps my shoulder. “You’re dancing with table 91. Right over here…”