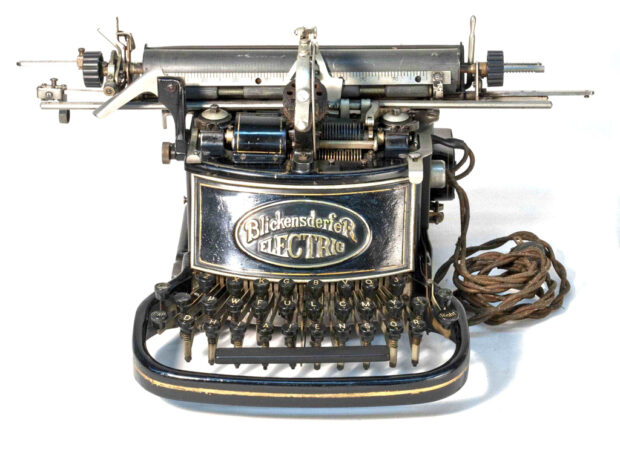 If you say “electric typewriter,” most people probably think of the legendary, and much admired, IBM Selectric. But, at the turn of the 20th century, when electrical transmission hadn’t even been standarized so voltages changed from town to town, the Blickensderfer Manufacturing Co. of Stamford, Conn. built the first electric typewriter. George Blickensderfer even invented a typewheel, rather than a cluster of individual typebars, although it was cylindrical rather than round, like IBM’s typeball (aka “golfball). Ahead of its time, the Blickensderfer Electric was introduced in 1901 at the Pan-American Exhibition in Buffalo, but electrical power was too inconsistent for electric typewriters to gain traction in the marketplace.